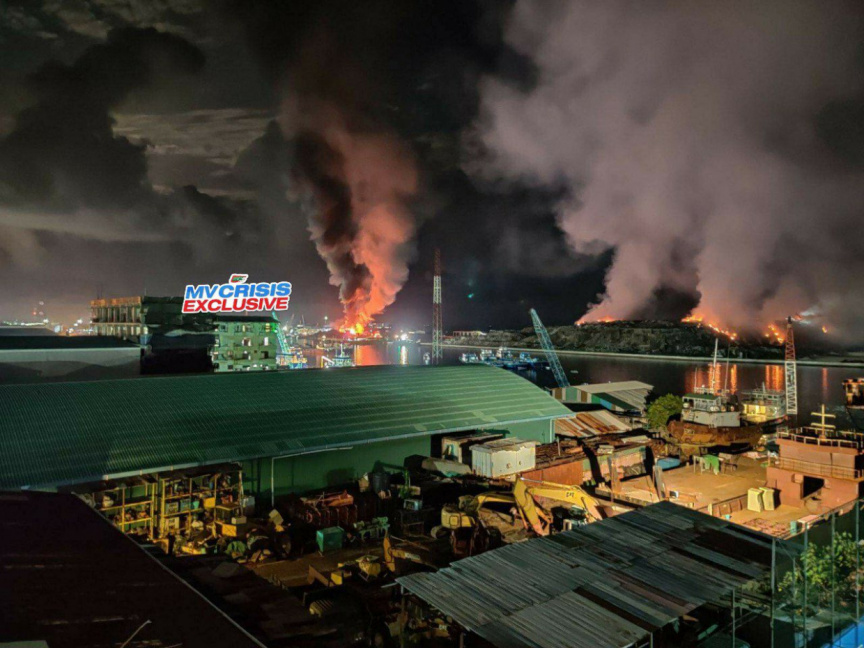 A fire has broken out in a warehouse at K. Thilafushi, an industrial island located in the greater Male’ region.

The fire was reported to MNDF at approximately 08:24 pm this Tuesday.

Firefighters from MNDF’s Fire and Rescue Department are operating at the scene to control the fire, said Azim.

According to Azim, the warehouse is used to store a number of highly flammable products, including stocks of paint.

A backup team of firefighters has been dispatched to Thilafushi to assist the firefighters already at the scene.

And at 10:45 pm, spokesperson Azim said that while the firefighters have not managed to put the fire, they have been successful in containing the fire in order to prevent it from spreading elsewhere.

Firefighters continue to use water and foam to control the fire.