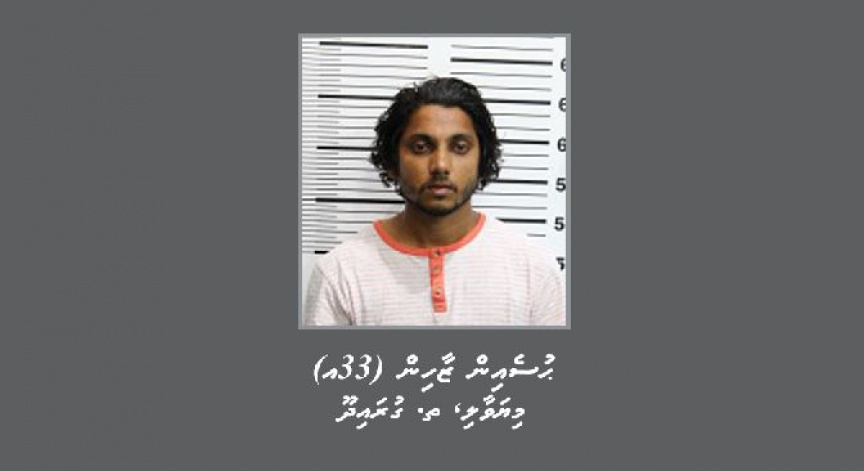 The Criminal Court on Saturday ordered for a man arrested for the blackmail, rape and sexual abuse of a 13-year-old girl to be jailed pending the outcome of his trial.

Hussain Zaheen, 33, Miyavaali, Th. Guraidhoo was presented before the Criminal Court for his remand hearing on Saturday, the same day as his arrest.

Maldives Police Service has issued a statement confirming the Criminal Court has ordered that the suspect be detained pending the outcome of the trial.

The court, in issuing the order, noted the suspected crime involves sexual violence against a child and found that freeing the suspect from custody may expose the community to further danger.

The victim has been identified by the police as someone who the suspect holds a position of authority over.

Special Provisions Act to Deal with Child Sex Offenders, which establishes special provisions to deal with child sex offenders both at investigative and trial stages, prescribes a prison sentence of 15 to 18 years, if the person who carried out the offense is in a position of authority over the victim.

The police have noted an increase in cases involving child abuse and exploitation, and have advised parents and guardians to increase their vigilance.

Some of the cases involve child victims with disabilities.

The recent wave of crimes of sexual violence has sparked rallies in Male’ City, with protesters calling for stronger action to prevent sexual violence and punish perpetrators.

More and more victims of sexual violence have been going public with their experiences, both at the rallies and on social media platforms.

“To those voicing out concerns on the street, we hear you.  For far too long, the system has failed to protect our women and our children from sexual harassment and abuse,” wrote Aisha on her Facebook. “Reform is necessary, and it needs to happen fast; from social reform, to investigation, to prosecution and every step in between. I share your concerns, I am with you, #NoMeansNo.”