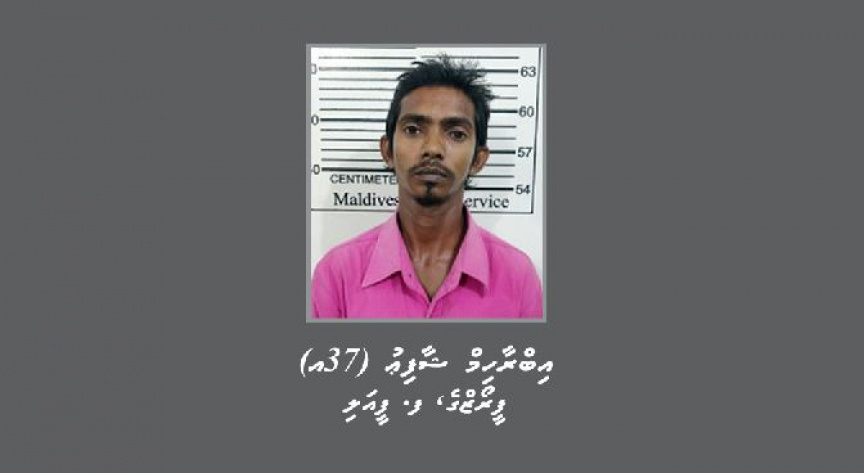 The suspect arrested for the rape and impregnation of a 15-year-old girl who suffers a disability has been ordered to jail pending the outcome of his trial.

Ibrahim Shafiu, 37, from Feeroazge in F. Feeali was arrested under court order on Thursday.

He was brought before the F. Nilandhoo Magistrate Court for his remand hearing on Friday.

The court, in issuing the order, noted the fact that the suspected crime involves the sexual assault and rape of a child victim, and found that allowing the suspect free from custody may open room for destruction of evidence and victim intimidation, and expose the community to further danger.

Maldives Police Service, in a statement on Saturday morning, said the agency is working on completing the investigation and forwarding the case to the Prosecutor General’s office for criminal charges.

The police have advised parents and guardians to increase their vigilance.

The police also urged the press to protect the dignity of children in reporting crimes which involve child victims.

The case is the latest in a string of crimes of sexual violence, often involving child victims.

The cases have sparked anti-rape rallies in the capital, Male’ City, calling for an end to sexual violence and culture of impunity.

More and more victims of sexual violence have been going public with their experiences, both at the rallies and on social media platforms.

“To those voicing out concerns on the street, we hear you.  For far too long, the system has failed to protect our women and our children from sexual harassment and abuse,” wrote Aisha on her Facebook. “Reform is necessary, and it needs to happen fast; from social reform, to investigation, to prosecution and every step in between. I share your concerns, I am with you, #NoMeansNo.”