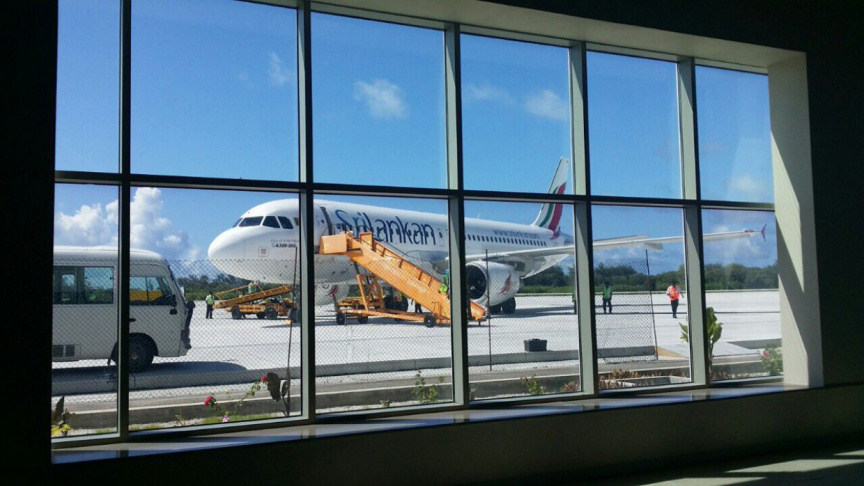 A SriLankan Airlines flight on the tarmac of Gan International Airport. (Photo/Twitter)

Direct flights were commenced between the two cities in 2016 during the administration former President Abdulla Yameen who is the leader of PPM.

The operations were commenced to increase connectivity and travel conveniences of the south as well as to increase tourism in the region.

The statement by the opposition coalition also read that discussion on ceasing the operations due to losses incurred was halted when the then President Yameen pledged to make arrangements for the airline operations to continue without incurring losses.

Possible conditions for recommencement of operations

Inner Maldives, Sri Lankan’s reservations agent in the Maldives confirmed the cease in operations between Gan and Colombo.

A statement posted on Facebook by the company’s Managing Director read that the company was undecided over the commencement of operations despite the wait for the reopening of the borders.

Maldives closed its borders in late March due to COVID-19.

Firag said that the main reason for the indecision over the recommencement of operations was due to the experience gained in the last three years. The company had not observed a substantial amount of passengers for the operations between the two cities.

However, if an arrangement for the operations to be linked with the Huvadhoo Atoll (G.Dh./G.A. Atolls) could see a possible recommencement of operations, said Firag on Facebook.