Opposition calls on govt. to speed up awarding of Hiyaa flats 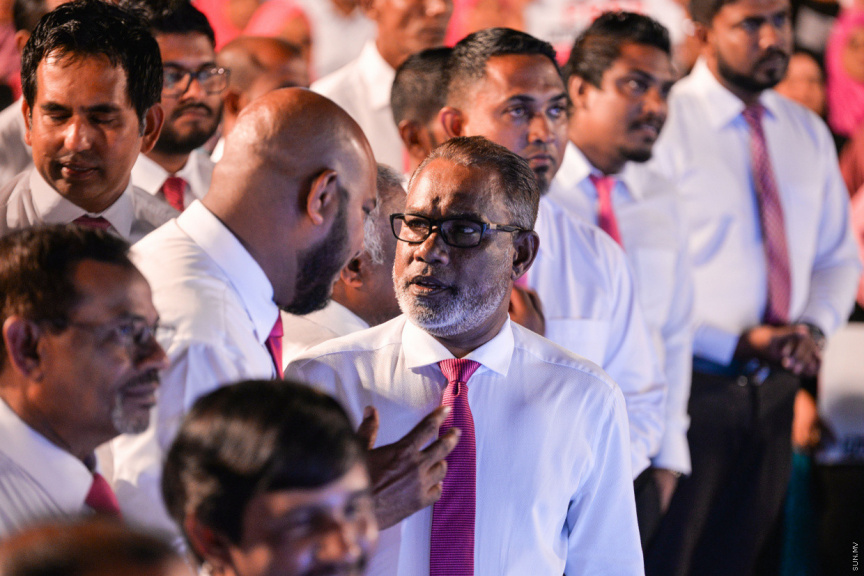 Today, the opposition parties called on the government to speed up the process of awarding the housing units to tenants.

Opposition leader Abdul Raheem Abdulla, speaking with Sun said that the lockdown order on the capital was no reason for stopping the procedure to award the units.

“I believe that this work is to turn things the way they want.” Said Abdul Raheem.

He called on the government to begin awarding the flats as soon as possible.

“We don’t believe that the Speaker of the Parliament should be involved in awarding the flats and other things. This is a system where the separation of power exists. The government is to be run by the President. However, we can see today that the Parliament Speaker has his hands in the operation of the government.” Said Abdul Raheem.

He added that small countries such as the Maldives have to resort to loans to run development. It does not mean that the necessities of the public should go unaddressed.

“Where are the flats constructed by MDP without these loans? We cannot see that. So, what they are saying doesn’t make sense.” Said Abdul Raheem.

The Hiyaa project in Hulhumale’ was carried out by the China State Construction Engineering Corporation and saw sixteen towers of 25-floors constructed in phase two of Hulhumale’. The structural changes by the current administration saw the price of a unit from the buildings reduced to MVR 6800.

A total of 22,00 applications were submitted for the Hiyaa units. The list of tenants was released by the government before President Yameen left power. However, due to alleged corruption, the list is under review by a special committee formed for the purpose.

President Solih has said in the inaugural parliamentary session for this year that the units would be awarded to the rightful owners. He later added that the list formed by the previous administration would be followed for this.