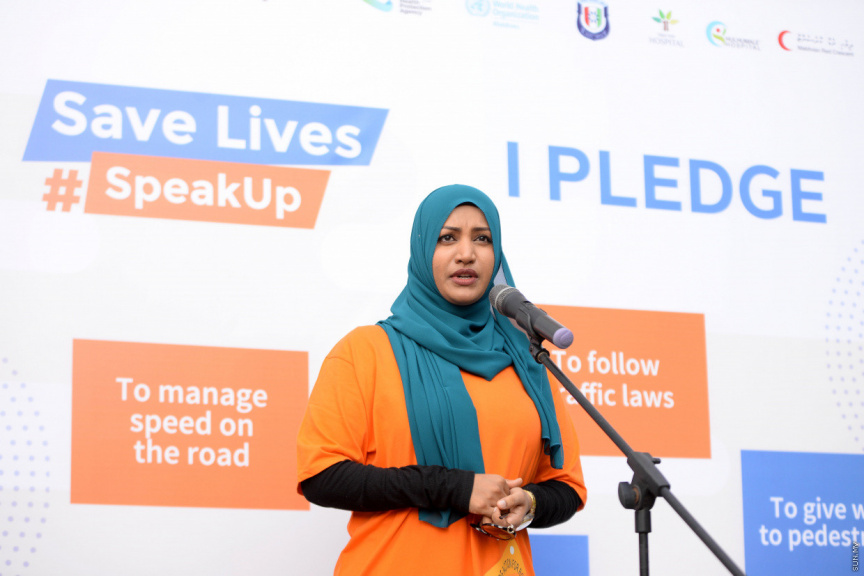 Transport Minister Aishath Nahula, on Wednesday, said that she is being wrongly perceived to be shirking her duties because she doesn’t post updates of her work through social media.

Nahula has been hit with accusation from members of the public and several parliamentarians of the Transport Ministry‘s inaction since the lockdown in Male’ City in mid-April.

Nahula, along with senior Transport Ministry officials were summoned for a virtual meeting of the Parliament’s National Development and Heritage Committee for questioning regarding the Transport Ministry’s coronavirus related operations on Wednesday night.

In response, Nahula said she wasn’t part of the special taskforce selected by the President’s Office to run coronavirus related operations, but that her ministry was liaising with other ministries and contributing towards the efforts.

She said that senior Transport Ministry officials had been working non-stop from their homes since the lockdown, and that the work of Transport Authority and Civil Aviation Authority also continued uninterrupted.

“Because we are unable to go to the office, we are working 24/7 from our homes. On most days, we have worked up until 3 or 5 in the morning, and [began work] again at 7 in the morning,” said Nahula, when asked by Hoarafushi MP Ahmed Saleem to provide details of her work hours.

Fonadhoo MP Moosa Siraj said that several local councils were complaining over her lack of availability to discuss the transport issues facing islands.

Nahula responded that she had met with councilors for discussions, but that it was perceived to not be happening because she didn’t take pictures of such meetings and post it on social media.

“I may not be able to meet them on requested dates due to schedule constraints, but I have later rescheduled such meetings and met with as many as I could. Maybe this is because I couldn’t take pictures of all those meetings. I will hereafter take pictures of such meetings upload them so you are up to date on meetings,” she said.

Some committee members also expressed concern over lack of sufficient work to remedy the issues facing taxi drivers due to the coronavirus pandemic.

She said the Transport Ministry will continue to work towards remedying such issues.

“In Sha Allah, I shall work to provide information regarding the ministry’s operations as widely as possible in the future,” she said.