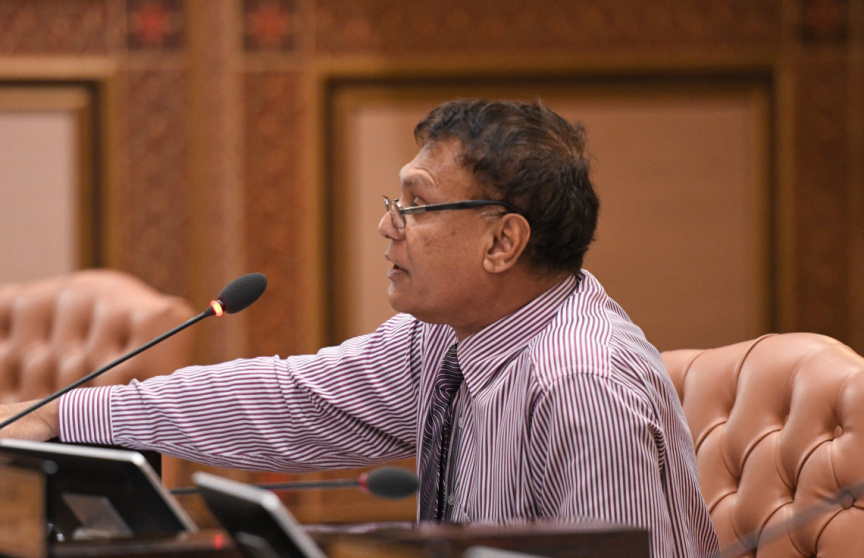 MP for Maradhoo Ibrahim Shareef has called on the government to obtain loans from China to repair the damage caused to the economy of the country and the financials of the state due to COVID-19.

The MP called to obtain loans of USD 500 million (MVR 7.7 billion) from China and stated that the Maldives should follow suit with other regional countries who are also doing the same.

MP Shareef tweeted last night that the country needed about MVR 15-20 billion to repair the economic damages. MP Shareef stated that Maldives should also obtain a loan of USD 500 million as the neighboring countries of India and Sri Lanka have also done so.

He had stated in yesterday’s Parliamentary session that the income of the state was set to suffer even more than previously estimated. The MP stated that there were some steps that needed to be taken so that the economic activities of the country are not stopped. The steps would also result in an economic recovery, said the MP.

The state income for last year stood at MVR 23.97 billion. If the situation gets as bad as what MP Shareef has described, the income of the state could be calculated at just MVR 11.60 billion.

The displayed relief packages were not enough for the recovery, MP Shareef stated. He estimated that around MVR 15 billion will have to be spent for the purpose.

World Tourism Organization (WTO) had announced that it could take two years for the tourism industry to fully recover from the virus. MP Shareef noted this when stated that the economic recovery plan of the Maldives should consider this.

Speaker of the Parliament and leader of the governing MDP Mohamed Nasheed has previously lambasted that the loans obtained from China during the former administration were too high. MP Shareef also belongs to MDP. Nasheed has previously spoken against the loans obtained from China in a manner that had shaken up the bilateral relations between the two countries.