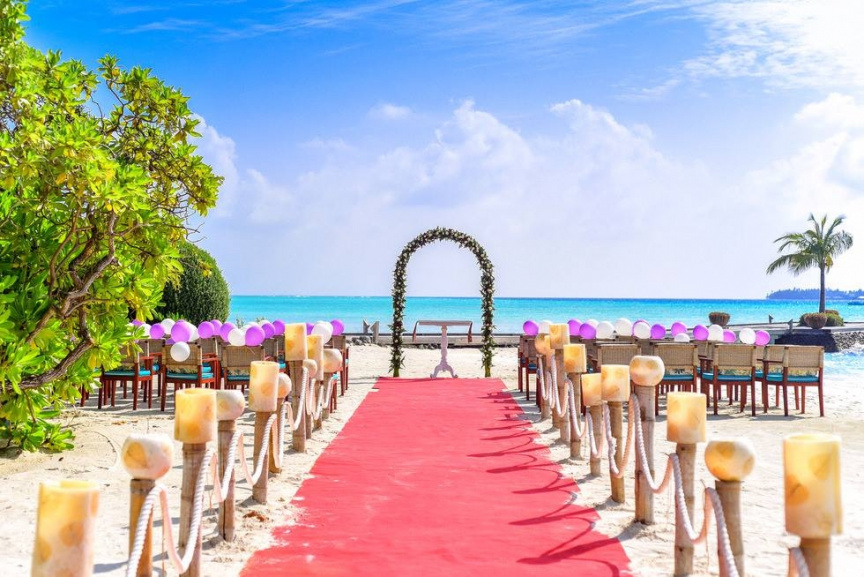 A marriage or a wedding ceremony is the most memorable moment in life for many. Whether it be inside a courtroom or outdoors, as most people imagine.

However, things have significantly changed as we welcomed a new year. The world is engulfed by the COVID-19 pandemic and its repercussions on public life.

Despite the pandemic, many are eager to go about their lives, and marriage ceremonies have often been posed as an important means of returning to normality, although in a somewhat different manner.

It has been rolling its sleeves for the purpose since then, something not easy by any means.

The policy regarding marriage processions by the court was welcomed by many of the public as the country battled against the pandemic. With almost 800 confirmed cases, the capital of the country is in lockdown and curfew.

On May 6, a couple began a new chapter in their conjoined life when a judge affirmed their marriage in court.

The marriage was a revocable one of a couple who was divorced previously. In Islam, a revocable divorce is allowed for the husband to restore his marriage with his wife on two occasions after divorce under certain circumstances.

Despite skepticism expressed by some regarding internet connections and the importance of the process, the court procedure for the marriage went smoothly without any technical errors, tells Family Court Registrar Ahmed Nasheed.

And while it may not be the most important feat to achieve at a time, it certainly is a reassuring one.

Although this is the first time this has been done in the Maldives, the country has taken lessons and examples from other nations in order to fully implement this. Some countries in the world have implemented the procedure for quite some time now.

In late April, New York Governor Andrew Cuomo had signed an order allowing online marriages in the state, which was and still is the epicenter of the virus in the US. The state has recently noticed a dip in cases.

Saudi Arabia also allowed online marriage contracts to go forward. And it has become a trend of somewhat, as couples get used to the lockdown and the “new normal” of life due to the virus.

A couple in Newcastle, UK also made headlines when they held a virtual wedding ceremony in their own garden. Similar stories of new lives and memories are being reported from all over the world, of people refusing to let the virus disrupt their lives and plans.