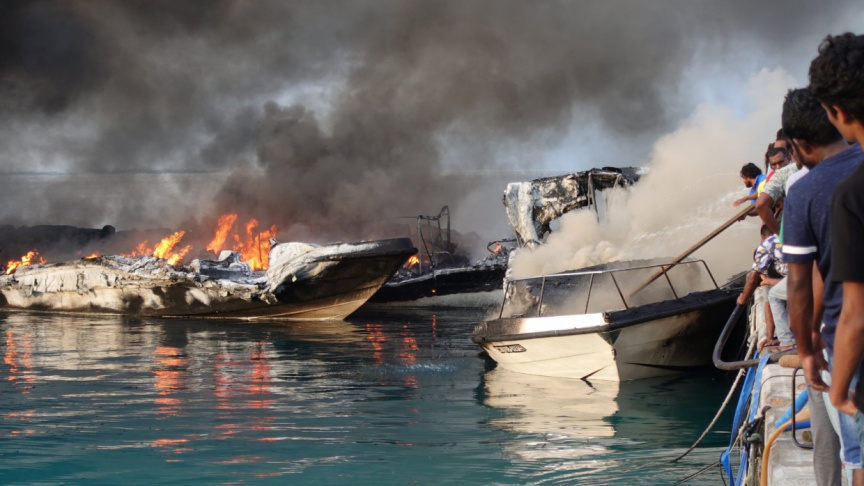 Maldives Police Service, on Wednesday, announced it has launched an investigation into the fire which took place at the A. Dh. Mahibadhoo harbor, burning down at least seven vessels.

The fire was reported to Maldives National Defense Force (MNDF) at approximately 5:45 am this Wednesday.

MNDF contained the fire at approximately 8:05 am.

A police spokesperson said the fire was reported to the police at approximately 5:22 am, and that an investigation into the fire is underway.

Meanwhile, Vice President of Mahibadhoo Council, Gasin Sihan told Sun that while the cause of the fire had yet to be determined, the island had been affected by a thunderstorm on Tuesday night.

“Vessels are always docked there. We never faced such an incident before. But an incident is also possible,” said Sihan.

He said the CCTV cameras installed at the Mahibadhoo Police Station provided full coverage of the harbor area, and expressed confidence the police investigation would uncover the truth of the matter.