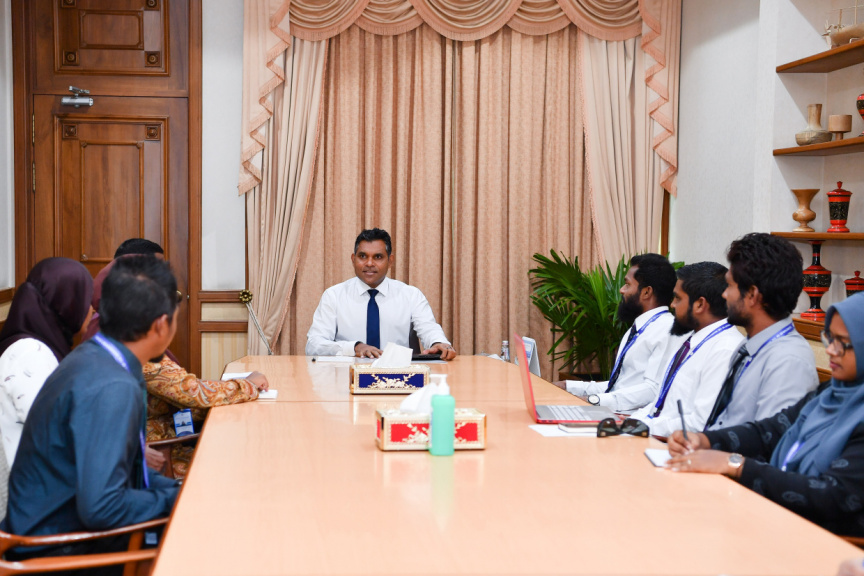 Members of the island council of Mabihadhoo met with Vice President Faisal Naseem and requested the government to solve the limitation of space on the island with reclamation, on Wednesday, March 23, 2022. (Photo/ Presidents Office)

The Island Council of Adh. Mahibadhoo on Wednesday requested the government to solve the issue of space constraints with reclamation.

During a meeting held with Vice President Faisal Naseem at the President’s Office, the council members noted that much of the island’s development was constrained by the lack of land.

Noting that lack of land brings housing difficulties, delays in road construction projects, despite funds being allocated in this year’s budget, difficulties in municipal waste management and the need for student accommodation available on the island.

Hence, as a solution to all these issues, the council proposed to the government to undertake a reclamation project on the island.

In response, the Vice President said that the “administration would seek avenues to resolve the issues faced by the island community and work alongside the council to rectify the concerns of the people. “

Additionally, VP Faisal also spoke about ways to alleviate the social standards of the island community.

Active cases at Mahibadhoo increased to 85 in a week