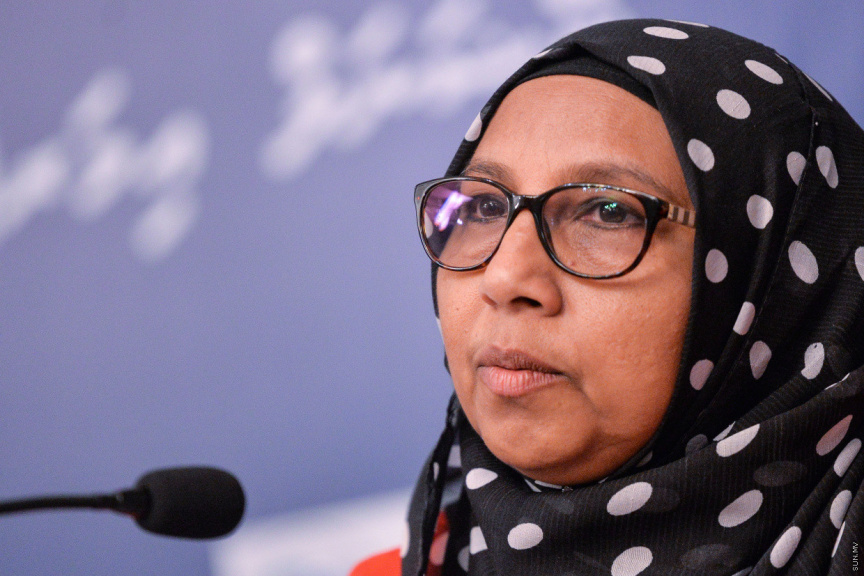 Gender Minister Aishath Mohamed Didi, on Sunday, said that signs of violence weren’t often visible on the faces of victims, and urged both victims of violence and people who are witness to acts of violence to be brave and report it to the authorities.

The United Nations Secretary-General Antonio Guterres has warned of a “a horrifying global surge in domestic violence” amid the COVID-19 pandemic. He has urged governments to make the prevention and redress of violence against women a key part of their national response plans for COVID-19.

Aishath said that the number of reports of violence in March had been low compared to the previous two months, but cautioned that it did not necessarily mean a drop in such crimes.

Noting that the first to learn about such crimes are the people who share residences with victims and perpetrators, she urged anyone who witnesses or learns about such crimes to report it to the authorities without delay.

“My first appeal tonight is, be brave enough to report. My second appeal is, if you lack the courage to report, talk to a friend or family member,” said Aishath.

She said the biggest weapon in stopping violence was to make the people who live in violent environments more aware.

Aishath spoke of the need for greater collaboration among NGOs to improve awareness.

Awareness messages need to be issued continuously, she stressed.

Aishath urged victims and witnesses of domestic violence and crimes against children to call the hotline 1412. She provided assurance that all reports lodged via the hotline will be looked into.

Man arrested for stabbing wife in stomach at Feydhoo

Highest no. of DV cases in '21 involved emotional abuse