VIA empty, operations drop to 67 percent as aviation suffers from virus 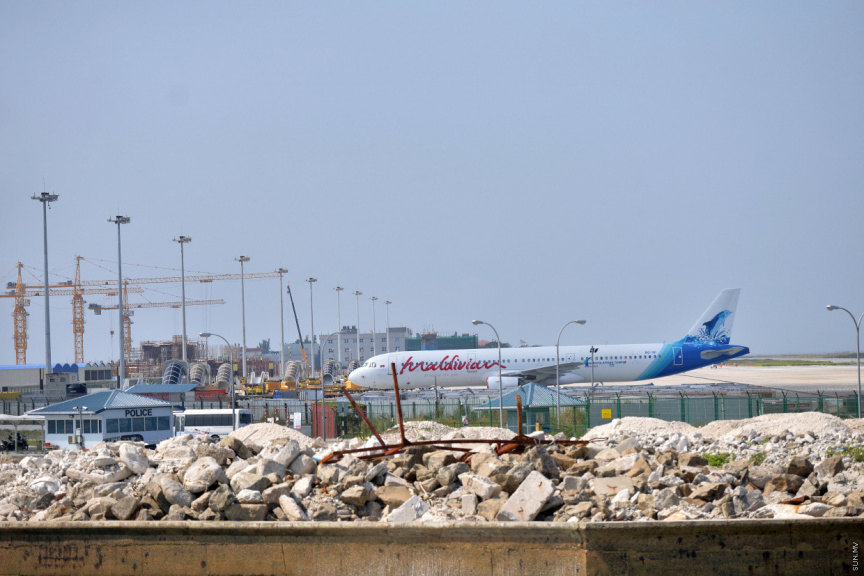 As the world battles against the Covid-19 pandemic, it is the aviation industry that is hit the hardest. The number of travelers are extremely low and the airlines are suffering day by day, leading to airlines no matter big or small, to cut down on operations and expenditure.

Airlines operating in the Maldives have already begun halting operations and Sunday, a day that is traditionally a busy day for airports across the country, is no longer the same.

According to the statistics from Velana International Airport (VIA), the country’s biggest, the average number of international flights for Sunday is 48. Domestic flights are numbered at more than 50.

However, these figures have drastically died down as countries implement travel restrictions and airlines clamp down on operations due to the pandemic virus. The runway of the airport is seen almost barren on what is usually known as “Super Sunday” at the airport.

The Maldives was on the rise at the beginning of the year and VIA recorded 252 runway movements on Sunday, January 5, setting a new record.

On average, the country welcomes 5000 tourists every day as to now it barely welcomes 200. There are still tourist arrivals from countries, but this is not enough for the tourism industry, leading to the temporary closure of some resorts.

Some of the airlines that operated yesterday will no longer be doing so as decisions to stop or temporarily halt operations have made a shift overnight.

Maldives Airports Company Limited stated that the number of flights that operated to the country in February had decreased by 12 percent compared to the same period last year. The company is expecting a massive decrease in its revenue as well.