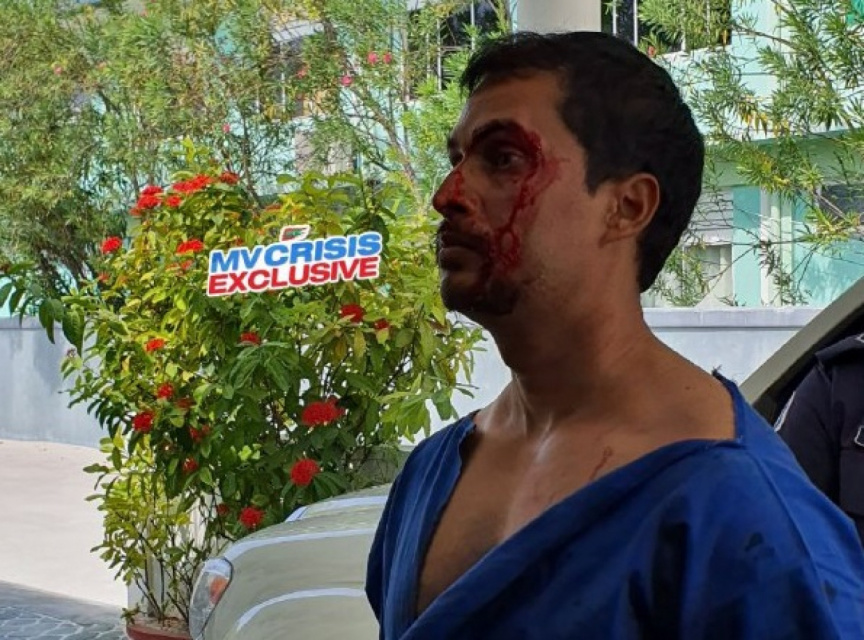 Photo shows one of the doctors involved in an altercation inside M. Muli hospital on March 5, 2020. (Photo/Mvcrisis)

Two doctors working in the regional hospital of M. Muli got into a confrontation in the operation theater of the hospital today.

Police stated that reports of the incident were received around 9:45 today. The doctors involved were from India and Nepal. Both suffered injuries as a result of the brawl.

It is reported that the altercation occurred at a time when a patient was inside the theater. Police stated that the matter is under investigation.

Muli Hospital manager Ahmed Naafiz said that the matter was under investigation by Police and that no comment could be provided in the matter for now.

Youth attacked on Male’ street being treated at ADK

Café staff attacked by youths who refused to pay bill