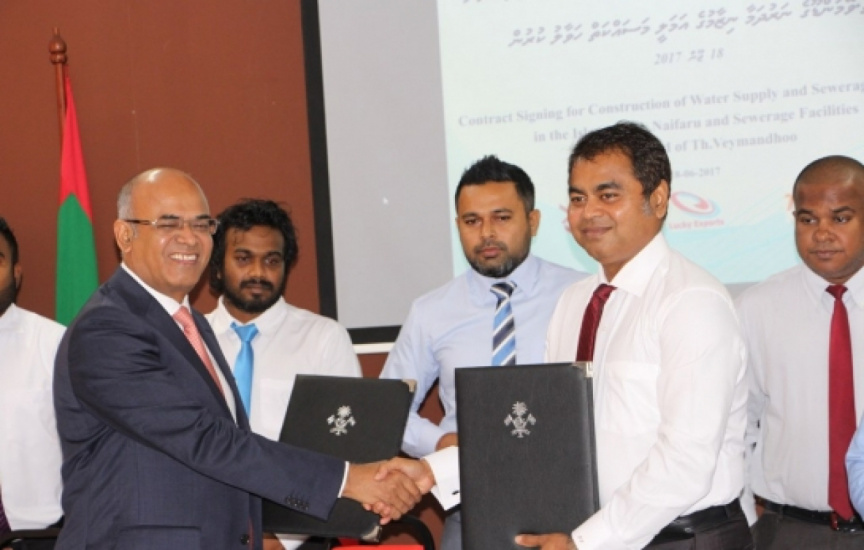 It was stipulated in the contract that the company complete the projects in 18 months.

An official from Planning and Infrastructure Ministry, on Thursday, confirmed the contract had been terminated for failure to complete the work within the contracted period.

The projects in Naifaru and Veymandhoo were financed through OPEC Fund for International Development (OFID) and Islamic Development Bank (IDB).