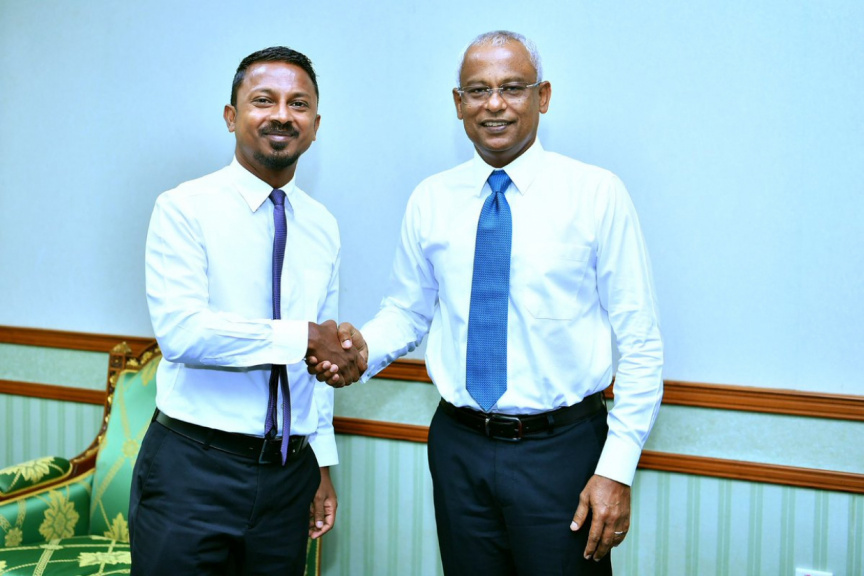 The former deputy Attorney General and current MP Villimale’ Ahmed Usham has described the awarding of space from the new seaplane terminal in Velana International Airport (VIA) to the world’s biggest seaplane operator, Trans Maldivian Airways (TMA) in a manner that might be detrimental to the Maldives Airports Company Limited (MACL) as an act of corruption.

A statement regarding the policy read that it was aimed at increasing the income of MACL, while at the same time allowing the current industry operators to continue without any disruptions to their operations. The statement also read that the policy would allow for potential newcomers into the industry as well.

It was decided to allow TMA to operate a lounge and area of the same size from the new terminal as it had in the current terminal for two years.

A tweet by MP Usham sent out last night quickly criticized this decision that any action that would reduce the income of the state in any manner was a crime and an act of corruption. The former deputy AG cited Article (13), section (A) of the Law on prevention and prohibition of corruption in the Maldives in coming to this conclusion.

The law states that any action that would reduce the income of the state or negate any potential income for the state and in turn, benefit an employee or the spouse of an employee was a crime.

Finance Ministry stated that the policy was formed to treat seaplane operators fairly and considered the commitments made by MACL to seaplane operators and the losses they might be subjected to for having to vacate the terminals they had developed with their own investments.

The decision to award TMA the same amount of space as it was currently operating now came after considering that the company would be subjected to increased costs of vacating the terminal it had invested and developed on its own and relocating its operations to the new terminal and described the move as the fairest.

In addition to TMA, Manta Air would also be awarded sufficient space for its operations on the same rates as now for two years.

After two years, a plan to hand over the operation of the terminal to MACL would be formed and carried out, according to the Finance Ministry. The remaining space after awarding TMA and Manta Air would be distributed based on demand on the tender. Island Aviation would also be paved the way for its operations in the future.

The matter of the new seaplane terminal was debated in the Parliament and is also the subject of an Anti-Corruption Commission investigation underway.

An audit was also conducted by the Auditor General’s Office regarding the projected income for MACL from the operations of the seaplane terminal. The projected income, refuted by MACL, was calculated at USD 47. 3 million annually. MACL rejected the figures as an overestimation.