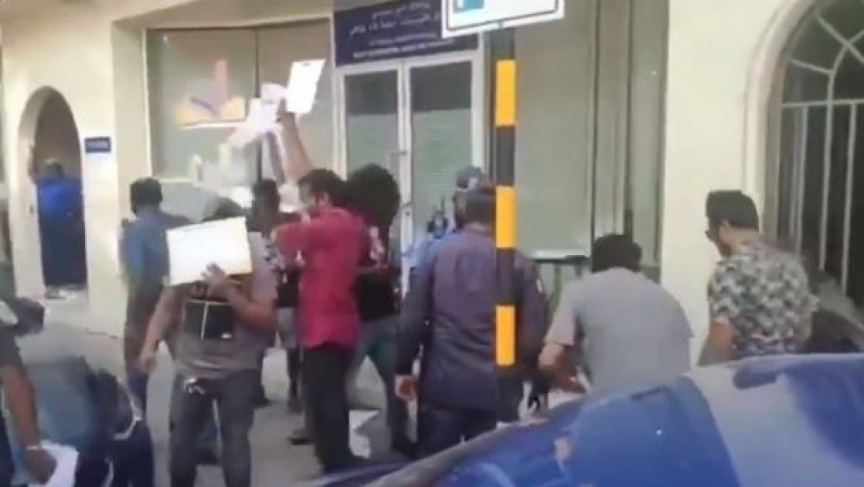 Maldivian Democratic Party (MDP) has disqualified three candidates that took contested in the party primary on last Friday for the district of West Henveiru for disorderly conduct that was deemed unfitting for candidates.

The primaries for the local council elections heated up after a decision to invalidate a ballot paper was taken after the top two were tied in results. Five candidates contested in the election. They are Ibrahim Manik, Aishath Moosa, Ahmed Asim, Shaahig Ahmed, and current city councilor Fishaaween Saleem.

The decision to invalidate a vote was taken when Aishath Moosa and Ahmed Asim were tied in results and led to disagreement among those gathered. After some of the candidates attempted to grab the ballot papers during the altercation that occurred on the spot, the electoral box manager ordered the box to be closed and taken to the center designated for ballot boxes.

MDP once again attempted to count the results of the box in the presence of representatives from each of the five candidates. There were ongoing protests at the time in front of the MDP office. MDP stated that three of the candidates flanked by supporters stormed the MDP office when the votes were being counted. The three candidates were Fishaaween Saleem, Ahmed Asim, and Ibrahim Manik.

The candidates grabbed the ballot boxes and hurled its content onto the streets, violating the rights of other candidates, according to MDP.

MDP also stated that Aishath Moosa from H. Kulunuhiyaa would be representing the party since the candidacy of Ahmed Asim was disqualified following the unrest.

Disruptions were also caused during the primary of the central district of Galolhu. The MDP primary for G.A atoll in Male’ also saw the cancellation of the primary of nine islands due to unrest. The primary is scheduled to be held again tomorrow.