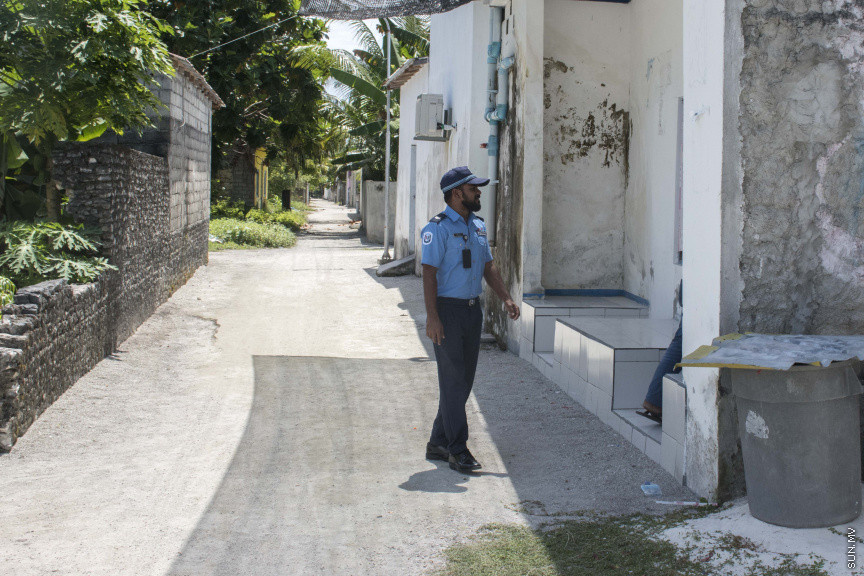 A policeman in front of the residence of those accused of molesting a toddler in G. A Kanduhulhudhoo. -- Ahmed Haadhy/Sun Online

The case of a toddler allegedly abused by elderly members of the family in G.A Kanduhulhudhoo came to light on January 15, 2020. After the case, it was revealed that several other such cases existed on the island.

Gender Ministry officials confirmed to the “Sun” that a three-man team of the ministry was on the island to monitor and assess the families that fell victim to such abuse.

The team will also be collecting information regarding the cases. Usually, such visits by the Ministry take five days, however, the duration of the team’s work on the island, in this case, would be longer than other cases, according to the official.

The quiet island with a population of around 500 people, was visited by journalists from the “Sun” soon after the case of the toddler was reported. Upon speaking with islanders, several such cases of abuse were revealed.

The islanders that spoke with journalists from the ”Sun” stated their frustration at the failure of the authorities to take action regarding the cases even if they were reported. The islanders were exasperated at being vilified for speaking about the abuse that was rife in the island.