Japanese govt. provides grant of 500m Yen to the Maldives 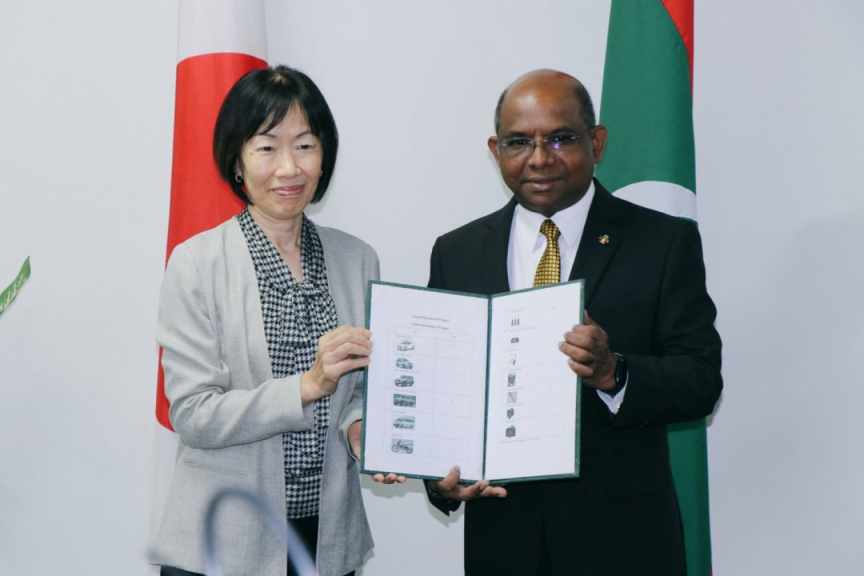 Foreign Minister Abdulla Shahid and Ambassador of Japan to the Maldives, H.E Ms. Keiko Yanai pictured at the ceremony held for the handover of the list of equipment worth Japanese yen 500 Million (USD 4.56M) to the Maldives on December 19, 2019. (Photo/Foreign Ministry)

Ambassador of Japan to the Maldives, H.E Ms. Keiko Yanai handed over the list to Minister of Foreign Affairs, Abdulla Shahid.

The grant will be used to further promote the economic and social development of the Maldives as well as to combat terrorism and provide the Aviation Security Command with the necessary equipment to enhance its monitoring capabilities. Japan has always been a consistent and one of the most reliable development partners to the Maldives, contributing immensely to the social and economic development of the country.

Ambassador from the Maldives to Japan, H.E Ibrahim Uwais spoke to journalists after the ceremony and commented that the two countries were working towards enhancing the already strong relationship between the two nations. Uwais also noted that the Japanese government provided a lot of assistance in different sectors to the Maldives.