Opposition to meet with President over former Pres. Yameen's imprisonment 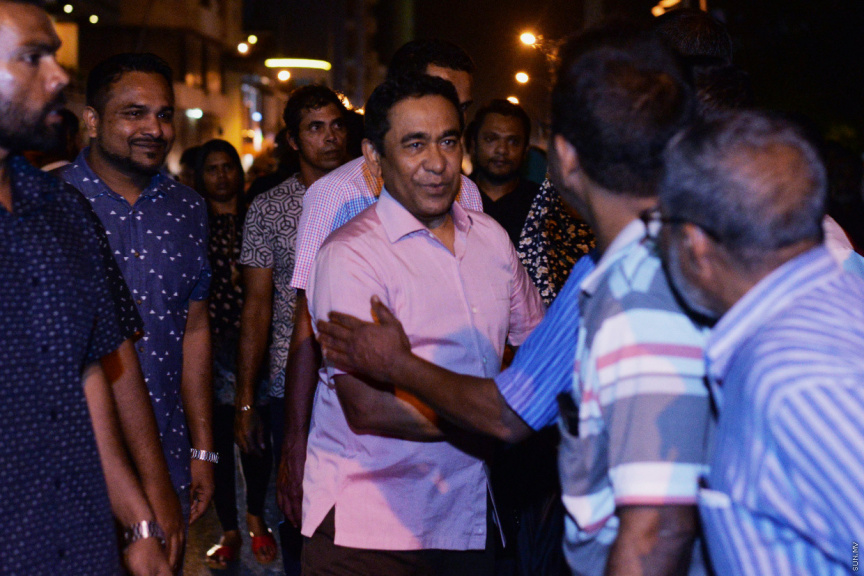 Opposition PPM and PNC leaders will be meeting with President Ibrahim Mohamed Solih to discuss the imprisoned former President Abdulla Yameen’s case. The former President was sentenced to five years in jail for money laundering by the Criminal Court on November 28, 2019.

President’s spokesperson confirmed that the President is set to meet with the leaders of the opposition coalition at 16:00 but did not elaborate as to the nature of the meeting.

However, sources say that this meeting is to request the President for the release of the former President and will include leaders of the governing coalition as well as several MPs.

The opposition alleges that the conviction of President Yameen was politically motivated and have rejected the outcome of the trial previously.

PPM deputy leader and Naifaru MP Ahmed Shiyam even stated that the former President would be moved to house arrest by January 6, 2020.