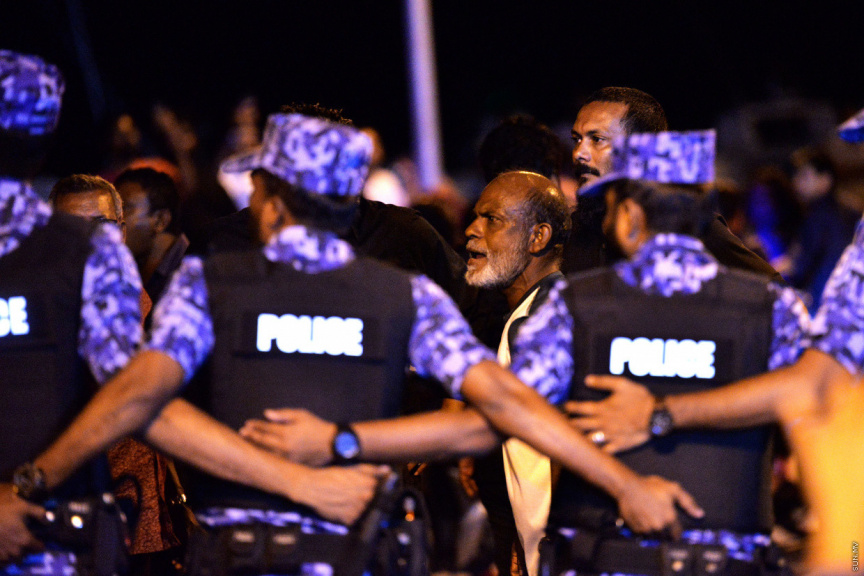 Police broke up the protest held on the streets of Male’ city last night and arrested a senior opposition leader as well. The protests which began in the Chaandhanee Magu-Majeedhee Magu junction was broken up by Special Operations officers who  repelled the protesters to a location near M. Kunooz. The protesters then made their way east from Majeedhee Magu.

Naifaru MP Ahmed Shiyam who is also the deputy leader of PPM was arrested last night along with several others. He was released later on. The MP stated to “Sun” that five others were apprehended with him and that he did not know if they had been released.

The Parliament, controlled by PPM during the administration of President Yameen had amended the law so that protests in the capital could only be held after obtaining prior permission from the Police.

The Criminal Court sentenced President Yameen to five years in jail for money laundering and imposed a fine of USD five million on him earlier this week, which sparked the protests by supporters of the former President.

The trial was described as a sham and politically motivated by the opposition parties who have stated that a nationwide protest was being planned for next Wednesday.