Azhar university to provide teachers and scholarships to the Maldives 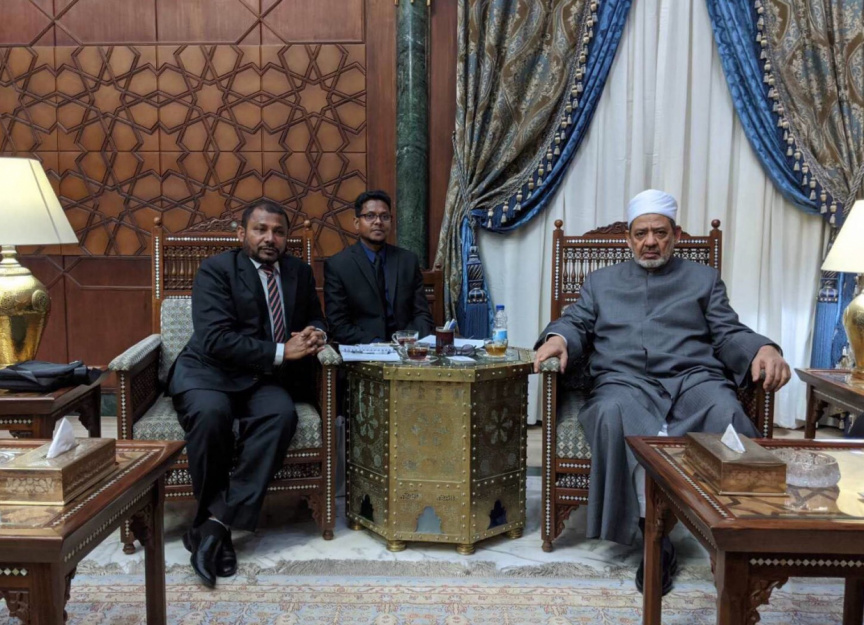 The renowned Azhar University in Egypt has agreed to provide the Maldives with scholarship opportunities and teachers.

A number of teachers from Azhar University currently teach at the Arabiyya School in the Male' city. A contingency of Maldivian education officials including Education State Minister Ahmed Riyaz and Shujau Abdul Raheem, the Principle of Arabiyya School are currently in Egypt. Minister Riyaz and Principle Shujau met with the Senior Imam of Azhar University Dr. Ahmed Al Thayyib during this trip and held successful discussions.

The discussions saw Azhar University pledge to supply all the textbooks, Arabic and Quran teachers to the schools as well as provide Maldivian students with scholarships in fields of Engineering and Medicine.

A team of government officials visited Egypt in February to resolve the shortage of teachers that the Arabiyya school was faced with. Education Ministry has previously said that relations with the University were strained after the previous administration neglected the teachers of the university in the Maldives. A case of seven Azhar University teachers sent in 2017 that were deported hit the headlines in the country with many expressing displeasure at the controversy.