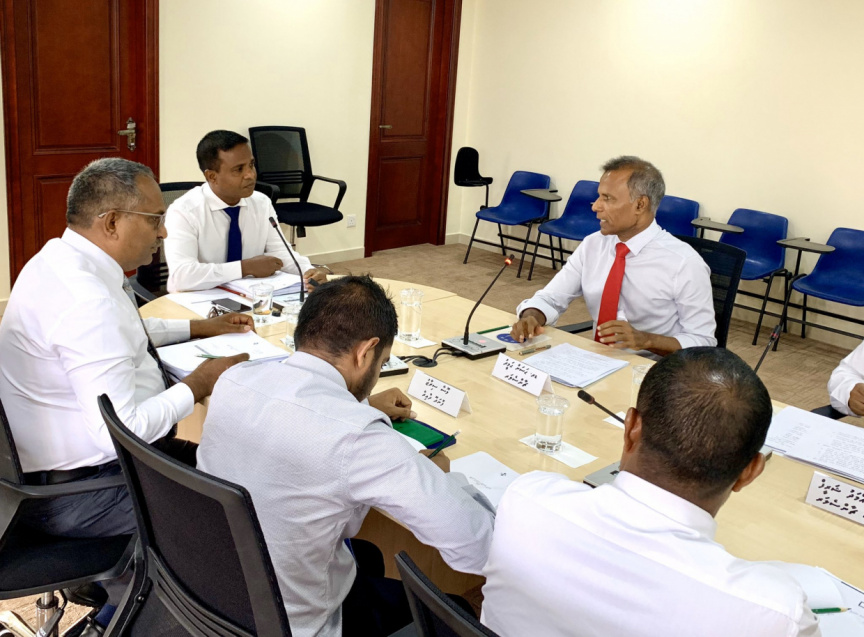 The Vice-Chancellor stated that the university was ill-equipped to attract international students.

“The Faculty of Hospitality and Tourism Studies was initially developed for that (international students). However, the building and faculty are properly utilized. The reason is the difficulty in space and we would also have to find accommodation for international students should they come,”

“So, the best way to attract international students would be to resolve the issues of space currently faced by the university”. said, Dr. Shareef.

Dr. Shareef also stated that the number of international students would increase if courses such as marine science and environment were commenced.

“We surely have a lab that other locations in the world would not.” said the Vice-Chancellor.

MNU Chancellor Dr. Hassan Hameed also stated at the committee yesterday that the priority of the university under the law was on enhancing the living standards of locals and this meant prioritizing locals.

“The Nursing course is a very quality course and would attract students from abroad. but how can we reserve seats on the course for students abroad when there is a huge demand in the Maldives?” said the Chancellor.

MNU to reopen for face-to-face classes

Over 50 % of elderly in Male’ suffer from depression

Application open for 4th round of BML Community Fund