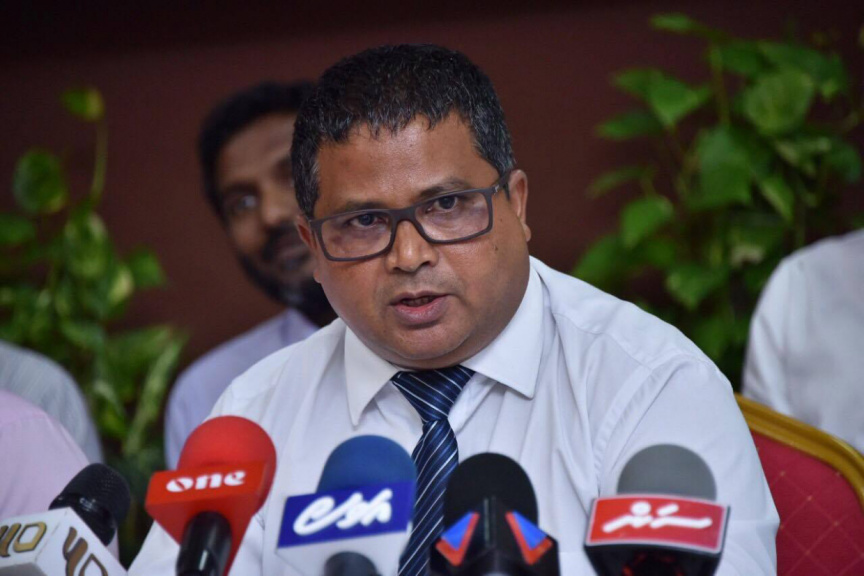 Environment Minister Dr. Hussain Rasheed Hassan has concurred with Naifaru MP Ahmed Shiyam’s accusation that the water and sanitation project at Lh. Naifaru is going at ‘snail pace’, and says officials have repeatedly instructed the contractor to speed up the work.

Shiyam questioned why the speed of the Naifaru water and sanitation project had fallen to ‘snail pace’ at the ministerial questioning session held at the Parliament this Monday.

In response, Dr. Hussain acknowledged the slow pace of the project – which had been awarded during the previous administration – and said that ministry officials had repeatedly pressed the contractor over the same issue, and was working on remedying the situation.

“It’s being said that the sanitation project is going at a slow pace. I believe the party to which the project was contracted isn’t carrying out the contracted work at sufficient speed,” said Dr. Hussain.

He stressed that the contract cannot be terminated in violation of the contract agreement despite the slow pace of work.

The water and sanitation project in Naifaru is being run with funding from the OPEC Fund for International Development. It has been 27 months since the project was contracted.

He reports that the Council met with the Planning Ministry over the delay in completion of the project on two occasions.

Masjid in Naifaru to be powered with solar energy

Naifaru without electricity since this morning