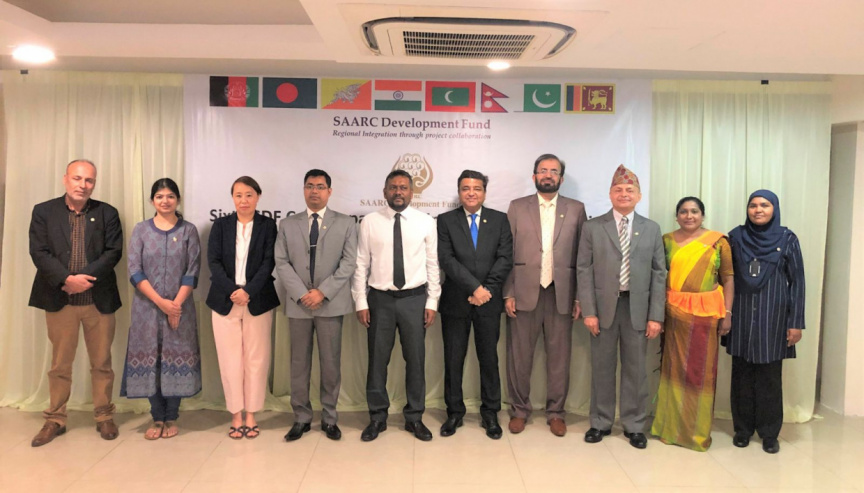 The meeting is focused on review and discussion of key issues to further promote regional integration and economic cooperation among SAARC member states.

The inaugural session of the meeting on Wednesday was attended by Maldivian Economic Minister Fayyaz Ismail, who reiterated his commitment to strengthening Maldives’ interaction with SDF, and increasing SDF’s assistance and projects in Maldives.

He also announced plans to propose more projects originating from Maldives for co-financing by SDF.

Some of the key points which have been discussed include potential projects for co-financing in the areas of energy, infrastructure such as roads and railways, agriculture, waste management, tourism and export of marine products.

The participants also discussed SDF’s current challenges in terms of its loan pricing and lending requirements.

They are scheduled to review the status and achievements of ongoing SDF-funded projects in their respective states, and discuss the challenges in implementation of the projects over the course of the meeting.

It has issued USD 48.37 million in funding to SAARC member states so far.

President: the Maldives will always work for peace