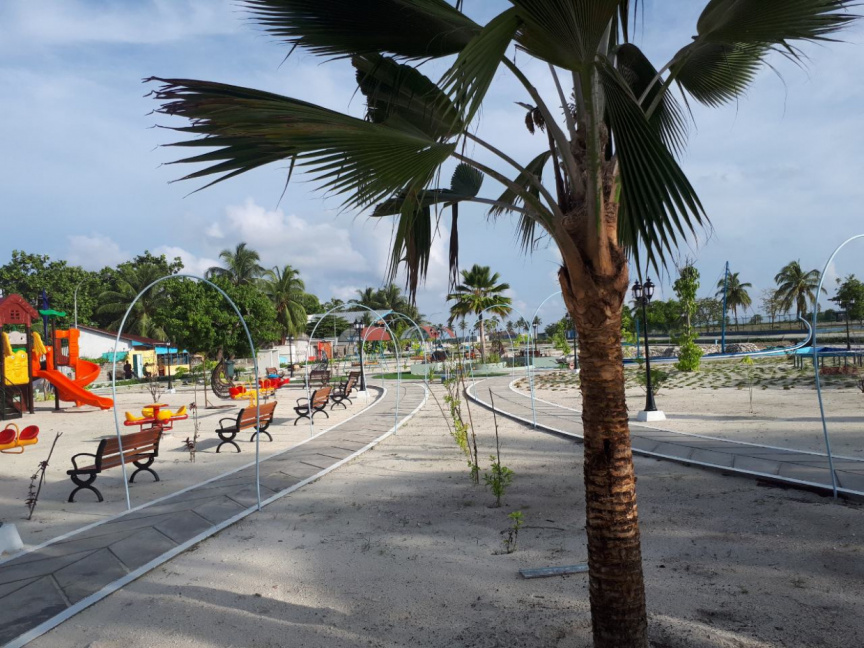 Park developed at A. Dh. Maamingili.

A large park has been opened in A. Dh. Maamingili for the enjoyment of young children and adults alike.

The 30,000 square foot park is located at the eastern end of Maamingili, and was designed by local resident Galaxy Ahmed Fayaz.

It was opened last Saturday.

Fayaz told Sun that he developed the park at the cost of approximately MVR 700,000, and with the financial contribution of many local residents.

According to Fayaz, the park is equipped to cater to young children, and also has chairs and undhoali for adults to sit and relax.

He also has plans of upgrading the park by installing an outdoor gym, and planting more trees.

Fayaz said he considered his decision to volunteer his services to develop the park as his civic duty.

He also thanked other local residents who assisted him in developing the park.