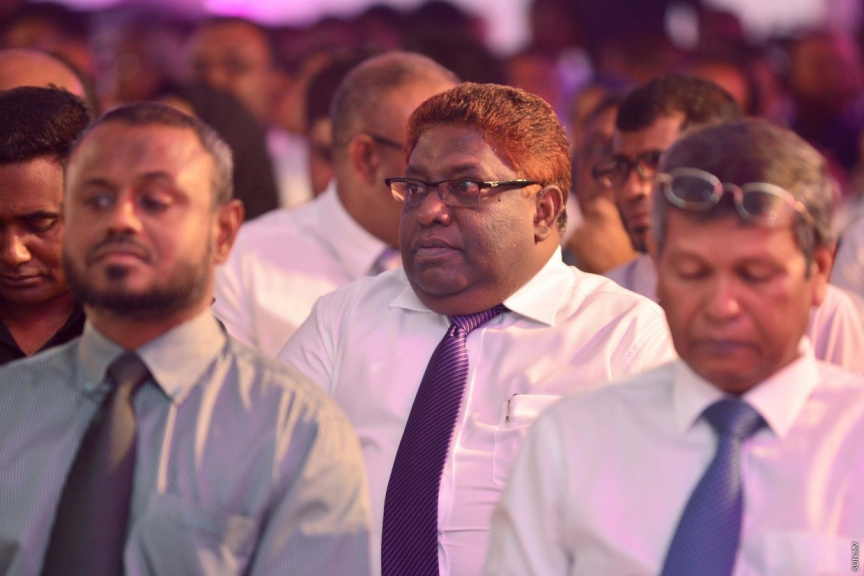 Former Supreme Court judge Ali Hameedh has explained how money was transferred from a court phone to his son’s phone at a trial held in the Criminal Court today.

Ali Hameedh is being charged under Article 14 section (A) subsection (D) of the Law on Prevention and Prohibition of Corruption. He could face a punishment of three years, exile or house arrest and would also have to pay back the funds misused if he is found guilty.

Hameedh stated in today’s hearing that his children had transferred the money on different occasions on their own without his knowledge from his phone while the sim issued by the Court was inserted. He also stated that his phone was not kept hidden and that his children were not capable of contemplating their actions.

When enquired, his children had told Hameedh that they do the same with the phones of their mother and sisters, said Hameedh in court today.

Criminal Court judge presiding over the case Judge Ahmed Hailam stated that a decision on the Mens Rea and the Actus Reus of Hameedh in the case will be made based on the statements and presentations made by Ali Hameedh before the trial.

The next hearing of the case will see both sides present their arguments before the trial.