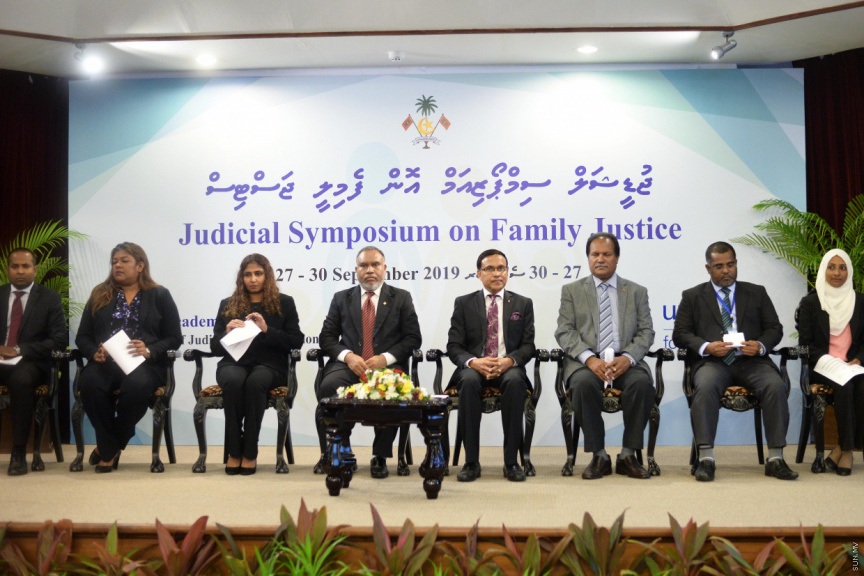 The symposium held jointly by UNICEF Maldives, Judicial Academy, Family Court, and Family Legal Clinic will see a report by the participants sent to the authorities. The report was based upon the ideas of the participants assisted by the Technical Committee will be formed by the Rapporteur of the Symposium, High Court Judge Ali Sameer.

Sameer stated at the closing ceremony of the event held in Bandos Island Resort that the ideas of the participant were distributed into four categories. "Everyone noted that there were changes that needed to be brought to the law and regulations pertaining to family," said Sameer.

He also noted that people were not aware of the laws even though they existed and due to this the relationship between institutions was not at the best level. He also highlighted the shortage of skilled individuals in the industry, urban resources as well as difficulties regarding the budget as obstacles towards dealing with justice.

The weaknesses in the current legal system were noted by the participants of the symposium who called for a better law to be brought into existence that patches the areas of weakness highlighted. Sameer also stated that this law would take into account disputed matters regarding family law between scholars of Sharia.

The keynote of the symposium was given by the Supreme Court judge of Bangladesh Honourable Justice Mohamed Imman Ali, Resident Coordinator by UNICEF to the Maldives Dr. M. Munir A. Safieldin, Pakistani Career judge and Federal Judicial Academy's Director Mr. Fakhar Zaman and First Class Judge of Turkey Zeynep Kurnaz.