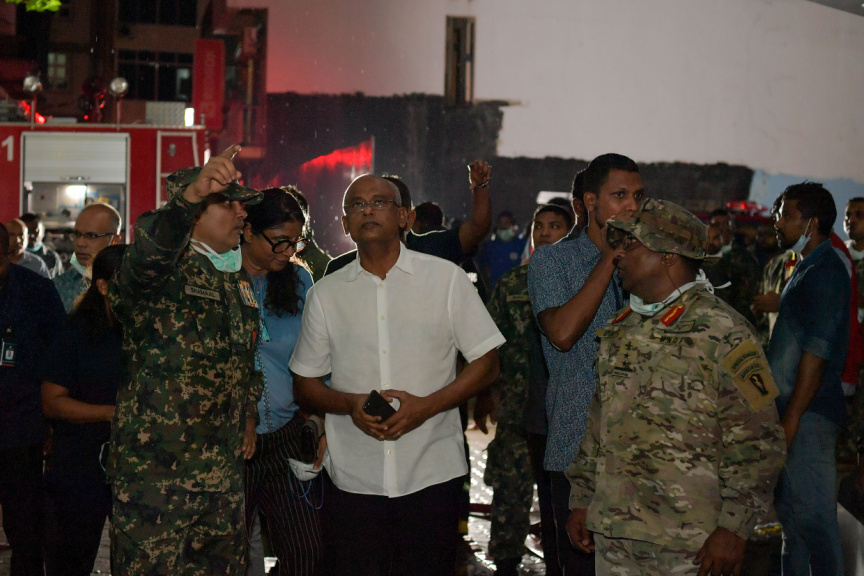 President Ibrahim Mohamed Solih has delayed his departure to New York to attend the UN General Assembly following the tragic fire in Henveyru district in Male’ City which left one dead and hundreds homeless.

President Solih was originally scheduled to depart to NY this Saturday morning, but has delayed his departure to later in the evening.

President’s spokesperson, Ibrahim Hood reported to Sun that the President made his decision to delay his departure in order make some immediate decisions and hold important meetings with officials in connection to the fire incident.

It was contained near midnight following a four-hour-long battle.

The President had toured the scene of the fire to observe the fire and rescue operations, as well as the hospital and the emergency response coordination center in Kalaafaanu School to visit the people affected.

All calls to Ooredoo network made free in wake of fire