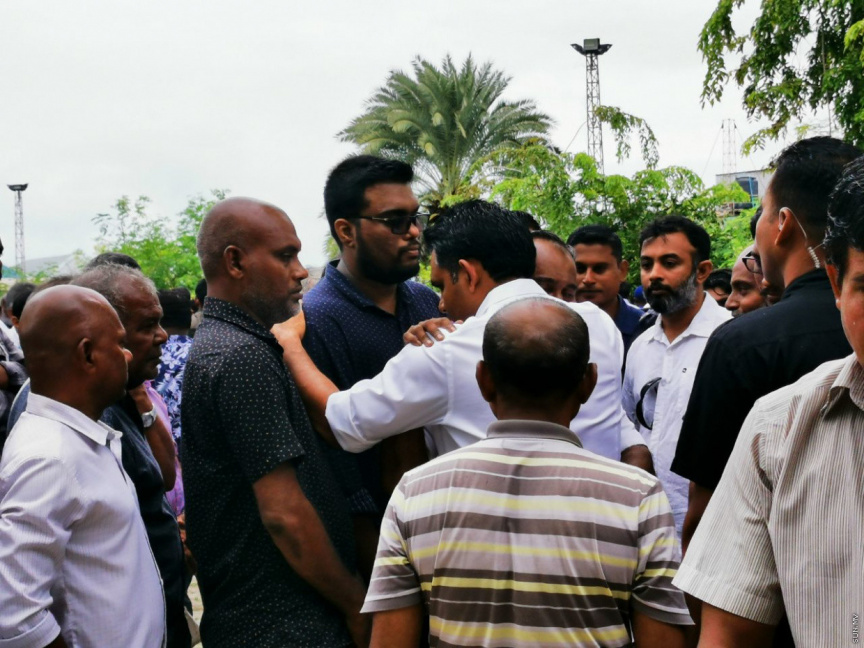 Maldivian vice president, Faisal Naseem consoles family members at the funeral held for Aishath Shauna, 46, who died in the fire in Henveyru district of Male' City on September 20, 2019. (Photo/Sun/Fayaz Moosa)

Aishath Shauna, 46, the victim of the fire which raged through the Abadhahfehi Magu neighborhood of Henveyru on Friday, has been buried at the Aasahara Cemetery in Male’.

Shauna had been unaccounted for when all other residents in the neighborhood were evacuated. Her family reported her missing, leading to multiple attempts by firefighters to find her.

Firefighters later found a body burnt beyond recognition, which, following medical examinations by doctors from ADK Hospital, was positively identified as Shauna.

Shauna, originally from Th. Buruni, had been residing in H. Randhuvaani Aage – the building opposite to H. Thilafusheegee - which housed the chemical storage facility the fire originated from. The fire had trapped her in her apartment, preventing her escape.