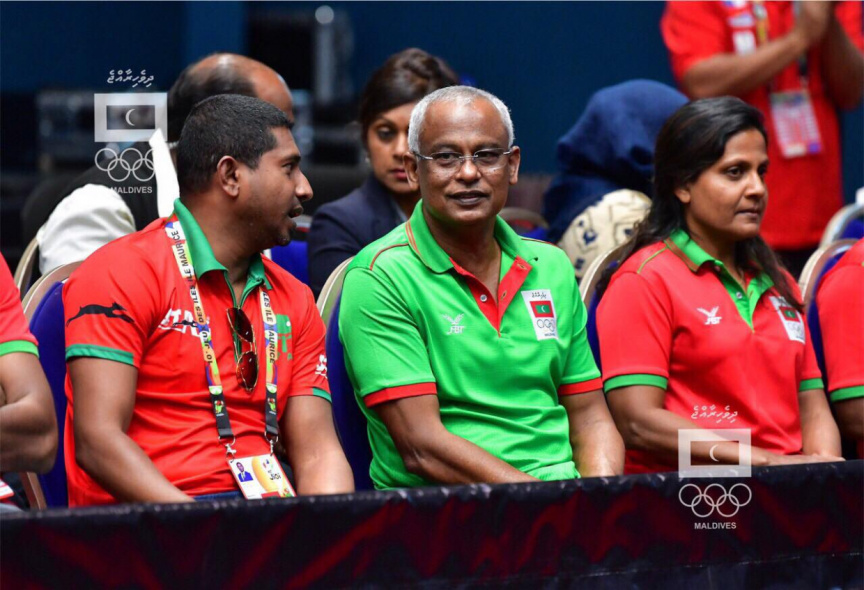 President Ibrahim Mohamed Solih has confirmed his attendance to spectate the FIFA World Cup qualifying fixture between Maldives and China this Tuesday night.

The Maldives-China fixture is scheduled to kick-off at the Galolhu National Stadium at 8 pm.

President Solih’s attendance at the fixture was announced in a tweet by Sports Minister Ahmed Mahloof earlier this Tuesday.

He says the President, in addition to spectating the fixture, will also launch the Maldivian national football team’s jersey.

The Maldivian football team’s first World Cup qualifying fixture was an away game with Guam on Thursday, September 5, which ended in a 1-0 win for Maldives.