Zameer: I sold a property to get one million for Pres. Yameen 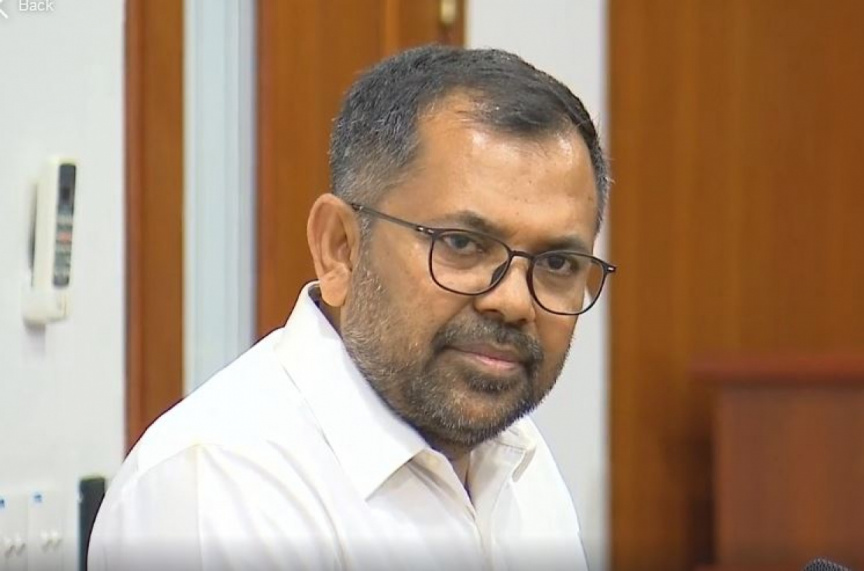 Former Tourism Minister Moosa Zameer has stated that he had sold a private property of his to obtain USD one million for former president Yameen.

A hearing was held in the money laundering case against president Yameen today where four witnesses of the state gave their statements.

Out of the four witnesses, only Shareef was questioned by the defense attorneys. The defense stated that the remaining witnesses were not relevant to the topic of the case.

Shareef then stated that he was contacted by Azima Shukoor to obtain a transaction document of the account to confirm that the account was operating.

Next on the stand was Luwaiz who stated that president Yameen had asked Azima to carry out private transactions of the former president and to do this in collaboration with other executive board members. Luwaiz also denied that he was contacted by anyone else other than Azima regarding the matter.

The next witness, Mohamed Waseem stated that he had purchased a property of Zameer for USD two million and deposited USD 1.8 million to Zameer at the start of the agreement. He also stated that transactions totaling MVR 15 million were conducted with Zameer later on.

The remaining witness by the state in the case is the former president of ACC  Hassan Luthfy. He has stated his unwillingness to provide a statement on the case and also accused that his previous statement to the police was taken under duress.