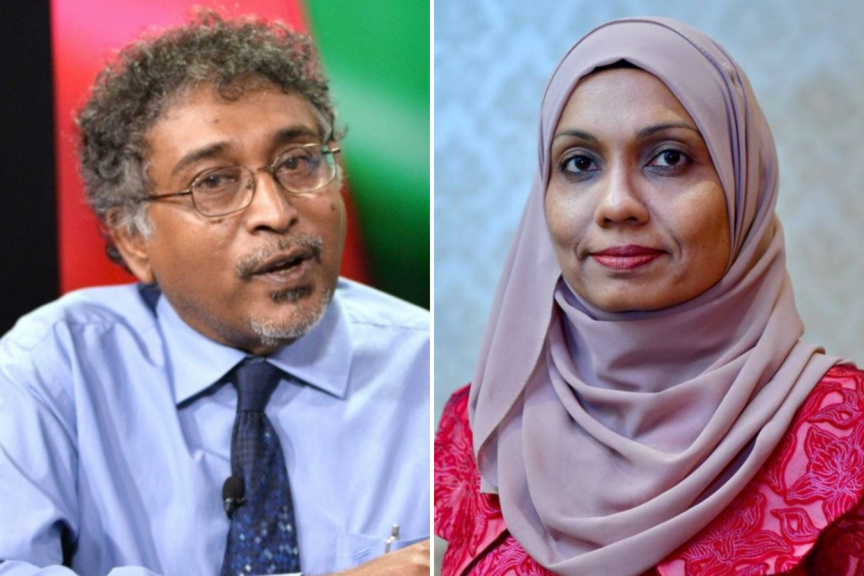 Senior officials of BML were summoned for questioning regarding the MVR 1.4 billion MMPRC embezzlement and money laundering scam by Public Finance Committee of the Parliament this Tuesday.

He said that Neeza, who had been in charge of overseeing FIU at the time, instructed the bank not to hold SOF’s account and allow the transactions to proceed. And that Athif, who had been head of FIU but on annual leave at the time, repeated Neeza’s instructions upon return.

Members of the Public Finance Committee then asked the bank officials via which mode Neeza and Athif gave the instructions, and whether the bank had any evidence to prove its claim.

Neeza is current a State Minister at the Economic Development Ministry. She was nominated for the position of MMA’s governor during former President Abdulla Yameen Abdul Gayoom’s administration, but the nomination was later withdrawn from the Parliament.

She resigned from MMA after the administration withdrew her name.

BML’s deputy CEO, Mohamed Shareef told the Public Finance Committee that the bank followed laws and regulations in allowing the transactions between MMPRC and SOF. He also provided assurance neither the bank or any of its staff members had been negligent in connection to the case.

Shareef’s assurance comes amid an Anti-Corruption Commission (ACC) investigation into 38 bank employees involved in cheque approval and processing for possible negligence in allowing the deposit of endorsed cheques from MMPRC to SOF.

Shareef said the allegation against the employees was detrimental to the public’s trust in the bank.

He asked relevant State institutions to expedite investigations into the allegations against the bank and its employees in connection to the money laundering case, and clarify the facts to the public.

Only USD 12.5 million out of the USD 77.55 million in acquisition costs for lease of islands for resort development went into MMPRC. The rest was embezzled and laundered. USD 5.3 million was laundered through SOF.