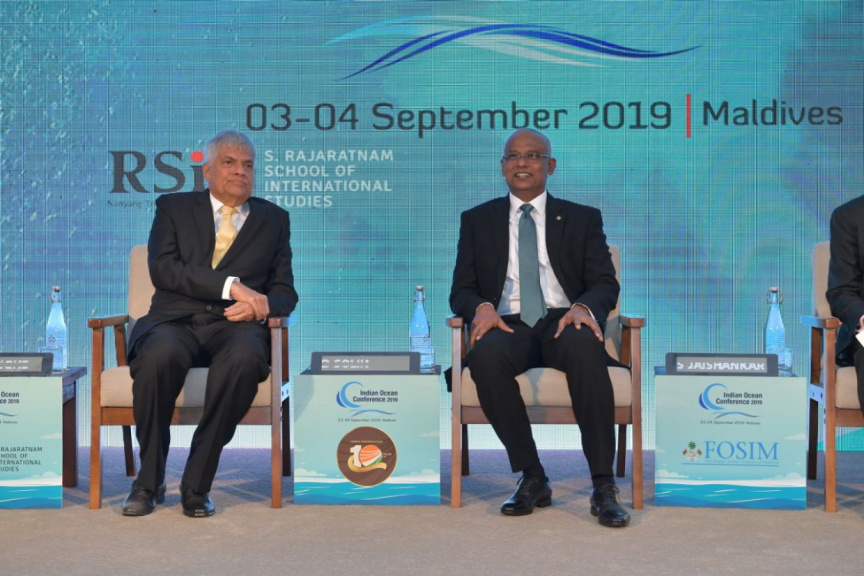 Maldivian President Ibrahim Mohamed Solih has pressed on the need for immediate measures to sustain the fish stock in the Indian Ocean.

He made the appeal at the opening of the 4th Indian Ocean Conference held at Paradise Island Resort on Tuesday.

In his opening remarks, Solih said that it was small island nations such as Maldives which felt the most impact from shortages of fish stock in the Indian Ocean.

He said that the Indian Ocean faced danger of fish stock plummeting to the levels felt by the Atlantic Ocean.

“We need to promote sustainable fishing and take measures to prevent shortages in fish stock before this happens,” said Solih.

He said that fish stock in Atlantic Ocean reached danger levels because of the delay in action by countries.

He noted that member countries will be discussing marine resources, terrorism and navigational security during the 4th Indian Ocean Conference.

Ministerial-level delegates from 40 countries are taking part in the 4th Indian Ocean Conference to discuss challenges facing their respective countries.

The two-day conference is organized by the Maldivian government and the Indian Foundation, in association with Singapore’s S. Rajaratnam School of International Studies. It is being chaired over by Sri Lankan Prime Minister Ranil Wickremesinghe.