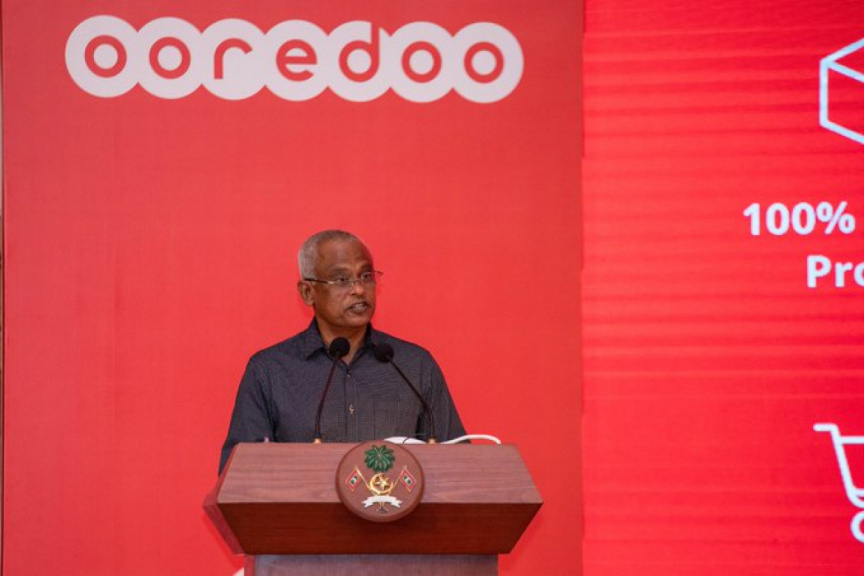 President Ibrahim Mohamed Solih has stated that the internet and digital technology is a necessary service and the amount spent on internet services by Maldivians should be made more affordable.

The president was speaking at the ceremony to launch Ooredoo's e-commerce platform "Moolee" when he stated that the shores of Jazeera Raajje - his vision for Maldives - will forever be out of reach if the internet rates aren't made affordable to the masses.

He noted that the lives of Maldivians had been getting digitalized year by year and even schools were becoming more and more dependent on digital technology. His speech also focused on the Island.mv web portal that has been established to allow the marketing of island tourism from home. The president then stated that to obtain the full benefits of digital technology, expenditure by people for internet services must be brought down at a time when services from companies and offices were easily available through smartphones.

The president also noted that we should not be solely focused on gaining business profits.

"If we think about it, the internet and digital technology is in its essence a very basic necessity. Something we cannot live without. Something that is connected to youths. So to reach the coast of the "Jazeera Raajje" that we so desire, we must start lowering internet prices ." said the president.

The president also said that he believed Ooredoo's aim is also the same as the government's, which is to develop basic necessities and emphasized the importance of technology, especially digital technology in achieving this.

"In developed countries, digital technology is used mostly for educational and medical purposes after communications." said the president. He then stated that our focus should be on the educational sector based on the level of experience Maldivians have.

"It would surely be a great investment for developing basic human necessities in the country," said President Solih, who ended his speech by reminding that private companies must try and develop people just as much as the government.