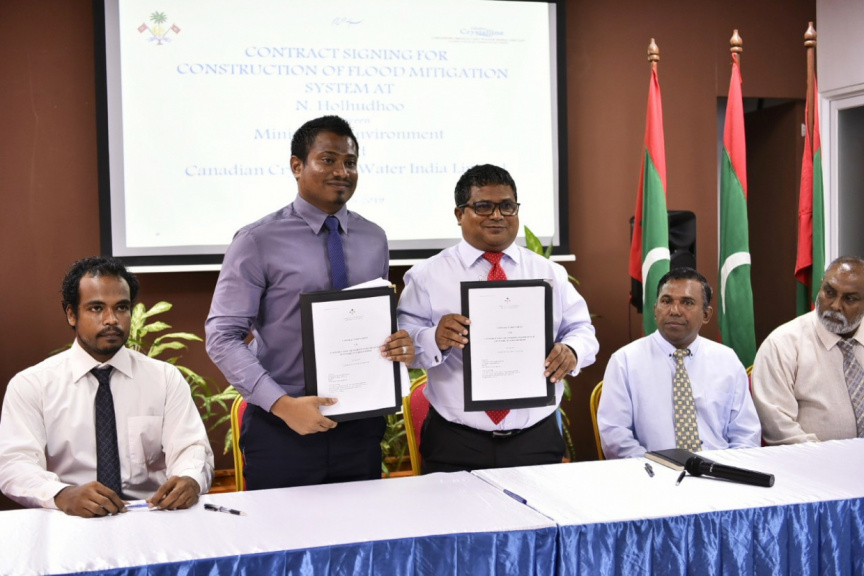 Canadian Crystalline Water India Ltd is contracted to complete the project within 10 months.

The MVR 6.56 million project is expected to remedy the recurrent issue of flooding faced by Holhudhoo.

The island was severely flooded in the recent monsoon showers which affected a large part of the country this July. The flood water was drained with pumps through the collaborative effort of army officers, police officers, and local residents.