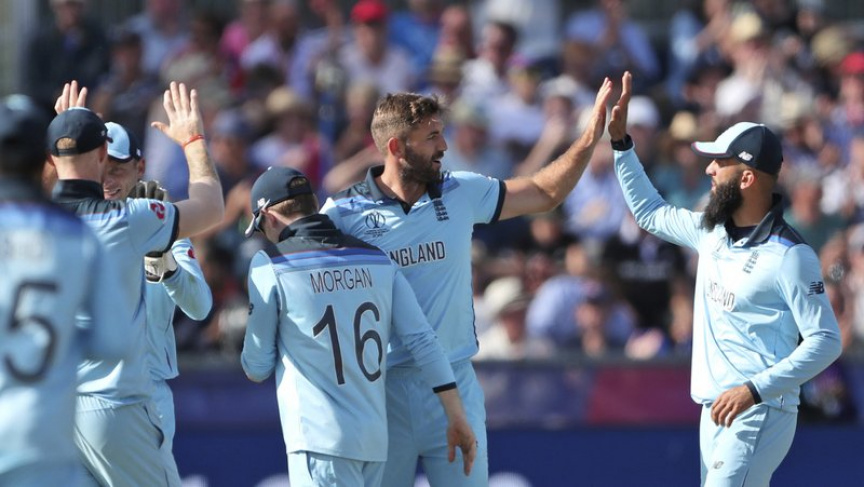 CHESTER-LE-STREET, England (AP) — It was nerve-wracking at times but England is through to its first Cricket World Cup semifinal since 1992.

Save for a miracle, New Zealand is into the last four, too.

Propelled by another century by Jonny Bairstow and a freakish run-out that removed dangerman Kane Williamson, England coasted to a 119-run win over New Zealand on Wednesday to climb back into the playoff spots after its final group-stage match.

The English, who are guaranteed to finish in third place, will play in the second semifinal — at Edgbaston on July 11 — against the team that finishes in second place. That is currently India.

Back-to-back defeats, to Australia and Sri Lanka, meant the knockout stage started early for England and the tournament hosts responded to being in a perilous situation by winning pressure-filled matches against India and now New Zealand.

“Maybe at the end of the World Cup, if everything goes to plan, we’ll look back on the Australia and Sri Lanka games and say that they built our competition and the character of the team. That was a huge test and we got through it,” England fast bowler Mark Wood said.

“I’m hoping at the very end, when we’re lifting that trophy high, we can say we were tested and we got through it.”

New Zealand is currently two points ahead of fifth-place Pakistan, whose final group game is against Bangladesh at Lord’s on Friday, but is highly unlikely to lose its place in the top four because of a far superior net run-rate than its rival. Pakistan must beat Bangladesh by a margin in excess of 300 runs — something never before achieved in ODI history.

It means the Black Caps are already preparing to play the first semifinal in Manchester on Tuesday when it will have to find momentum from somewhere, having lost to Pakistan and Australia before its group closer against England.

England made 305-8 off its 50 overs and New Zealand never looked like chasing down the target after the run-outs of Williamson — who was out of his ground at the non-striker’s end when the ball glanced off Wood’s fingertips and onto the stumps — and Ross Taylor in successive overs left them 69-4.

New Zealand was eventually dismissed for 186.

“I think they got the best of the decisions,” Williamson said, “but they were also the better team.”

The other stroke of fortune England enjoyed at Chester-le-Street was winning the toss on a pitch that slowed and broke up as a sunny day wore on, making batting increasingly difficult.

Bairstow and fellow opener Jason Roy (60 off 61 balls) enjoyed a third straight century stand before it was broken at 123, giving England a platform for a shot at a massive total.

Eoin Morgan’s 42 off 40 balls helped to inch his team past 300, but New Zealand was back in the contest after restricting England to only 111 runs in its last 20 overs.

That was until the early loss of openers Henry Nicholls (0) and Martin Guptill (8) was compounded by Williamson — New Zealand’s rock and captain — getting sent back to the pavilion by the harshest of ways.

Taylor played a straight drive that glanced off the fingertips of Wood and onto the stumps, with Williamson short of his ground. After a lengthy look at the replays, Williamson was given out for 27.

Taylor departed for 28 the next over after choosing to go for a risky second with the ball heading to Adil Rashid at fine leg. Rashid’s throw was pinpoint and Buttler removed the bails with Taylor short.

Once a 54-run partnership between Tom Latham (57) and Jimmy Neesham (19) was ended, New Zealand was simply delaying the inevitable by mostly blocking out to ensure the team’s net run rate wasn’t too affected.

The delay was extended by the arrival of a streaker, wearing nothing but a green hat, who danced in front of batsmen Latham and Mitchell Santner and then managed to initially evade security staff who took a long time to react.

The English ended a run of five straight losses to New Zealand at World Cups, the latest being a humiliating eight-wicket defeat in 2015 that led to their group-stage exit and a makeover of the one-day game in England.

It has resulted in England reaching the semifinals for the first time since 1992, when it lost to Pakistan in the title match.