Upset with Barcelona, Atlético says it wants Griezmann back 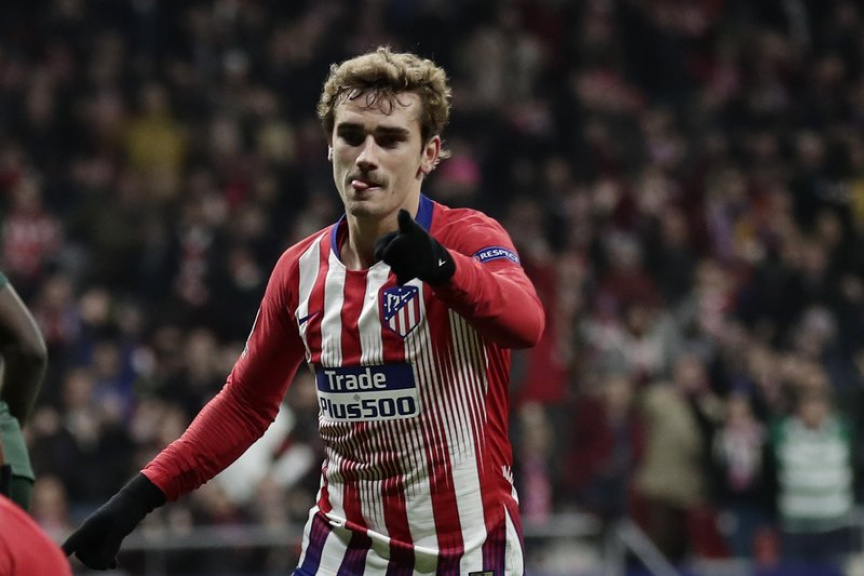 In this Wednesday, Nov. 28, 2018 file photo, Atletico forward Antoine Griezmann after scoring his side's second goal during a Group A Champions League soccer match between Atletico Madrid and Monaco at the Metropolitano stadium in Madrid. (AP Photo/Manu Fernandez, File)

BARCELONA, Spain (AP) — Barcelona’s attempt to sign Antoine Griezman hit a setback after Atlético Madrid accused the Catalan club of negotiating with the player without its consent before his contract was over.

Barcelona club president Josep Maria Bartomeu confirmed Friday the club is trying to sign the France forward, but Atlético told Griezmann’s staff the player must report to the start of the team’s preseason on Sunday “in compliance with his contractual obligations.”

“Atlético wishes to express its strongest disapproval of the behavior of both, especially FC Barcelona, for prompting the player to break his contractual relationship with Atlético at a time of the season when the club was involved in the Champions League tie against Juventus, as well as the league title race against FC Barcelona,” the club said.

Atlético said it believes the behavior “violates the protected periods of negotiation with players and alters the basic rules of integrity in any sporting competition, as well as causing enormous damage to our club and its millions of fans.”

Atlético said officials from both clubs met Thursday at Barcelona’s request. The Catalan club asked for a deferred payment of the buyout clause of 120 million euros ($135 million), a request Atlético said it “obviously” denied.

Griezmann’s buyout clause was reduced from 200 million euros ($225 million) to 120 million euros on July 1. The France player had announced he was leaving Atlético before the season was over.

“We know Neymar wants to leave PSG, but we also know that PSG doesn’t want Neymar to leave,” Bartomeu said.

Barcelona also introduced Frenkie de Jong, the 22-year-old midfielder who was signed from Ajax earlier this year for 75 million euros ($84 million). Spanish media said about 20,000 fans were at Camp Nou Stadium on Friday for the player’s presentation.