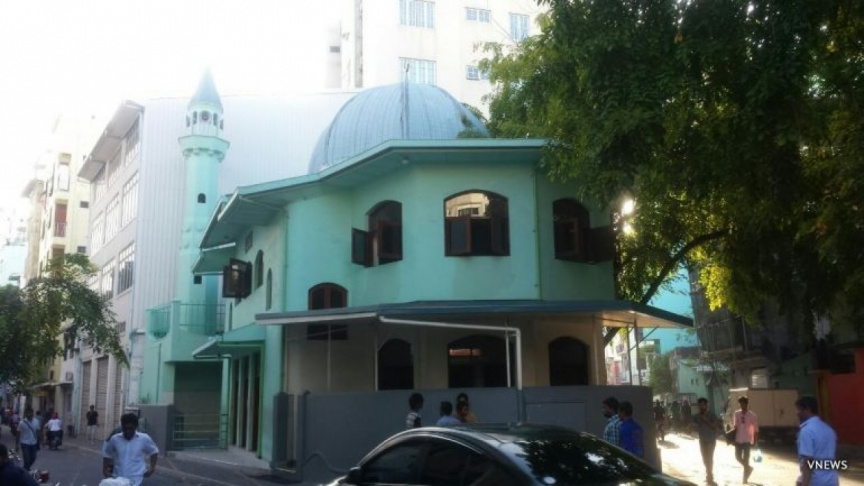 File photo of Maaveyo Mosque before it was demolished for reconstruction. (File Photo/V News)

Two migrant construction workers have been reported injured after a glass sheet fell from a mosque under construction in Male’ City.

Maldives Police Service says the construction accident from the mosque, Maaveyo Mosque, was reported to the agency at approximately 10 am this Monday.

Maldives Police Service reports the two workers sustained only minor injuries; one has a cut on his finger, and the other has lower back pain.

The glass sheet fell as the workers attempted to lift it up.