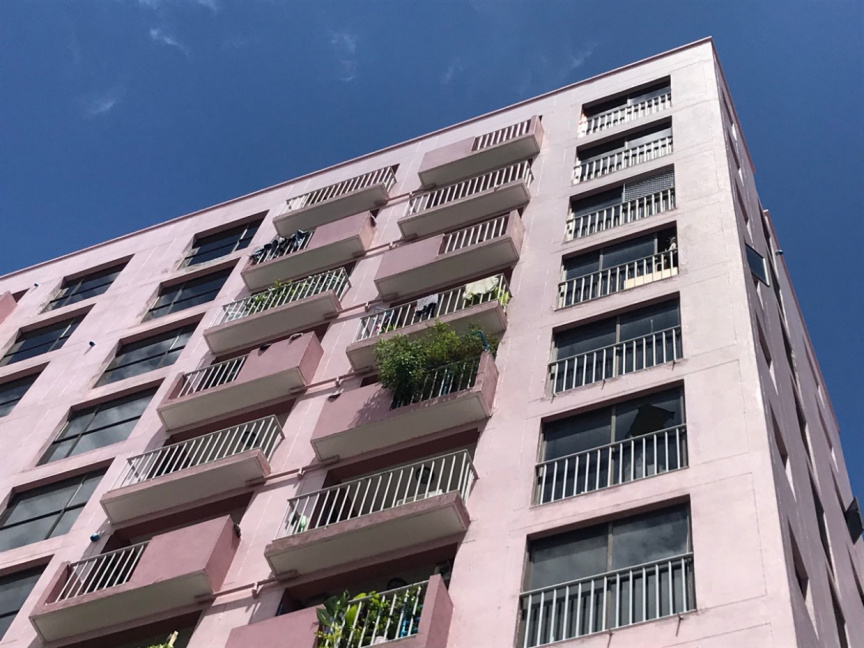 The fifth floor apartment at Male' Grand apartment complex from which a piece of glass fell, hitting a female pedestrian on May 27, 2019. (Sun Photo/Muzain Nazim)

A female pedestrian has been reported injured after getting hit by a piece of glass from the balcony door of a fifth floor apartment in Male’ City which broke off and fell on the street below.

The incident took place at the Male’ Grand apartment complex located in the Machangolhi district of Male’ City this Monday afternoon.

Maldives Police Service has identified the pedestrian injured in the incident as a 36-year-old female. She was walking down Majeedhee Magu – the busiest street in the capital.

The woman sustained cuts and scrapes, for which she is receiving medical attention at Indhira Gandhi Memorial Hospital.

Maldives Police Service has cordoned off the area for safety reasons.

Similar incidents have been reported from both Male’ City Square and Male’ Grand – both constructed by Indian company, Tata, in the past.