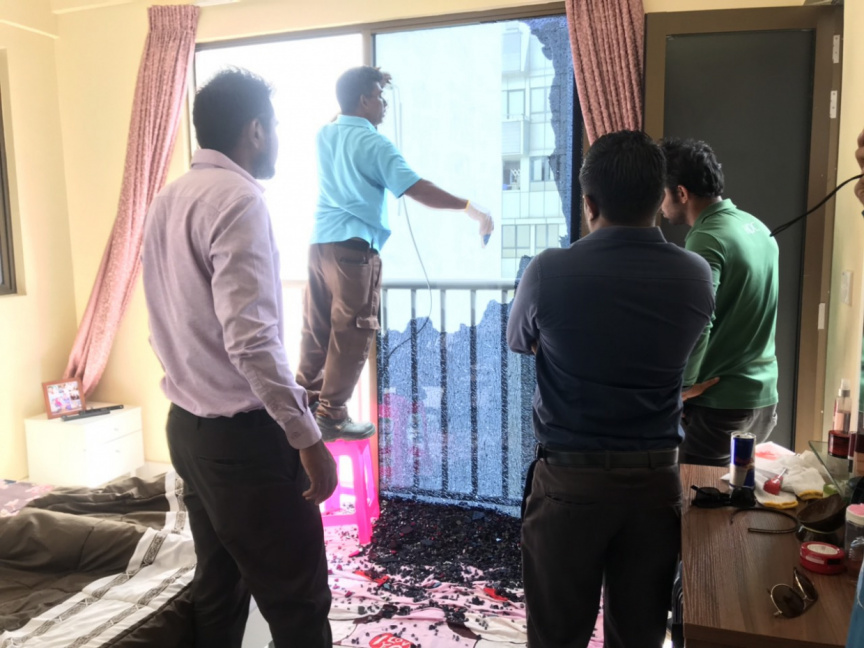 HDC employees remove a glass door of an apartment on Wayside which shattered on December 17, 2018. (Sun Photo/Mohamed Shaheem)

Multiple incidents of glass sliding doors installed at the flats constructed by Tata in Male’ City has been reported to the authorities.

A resident of one of the apartments who spoke to ‘Sun’ said, “There’s a noise and it just keeps shattering”.

‘Sun’ has been informed of the glass doors of at least four more apartments shattering in a similar fashion.

No one was injured in the incident, and Housing Development Corporation (HDC), which is in charge of managing the flats, is working on removing the glass doors with assistance from Maldives Police Service.

Shards of glass from the door has also fallen on the street below.

Residents of the apartment units believe the glass used on the doors are not suitable for the Maldivian climate and is shattering due to overheating.