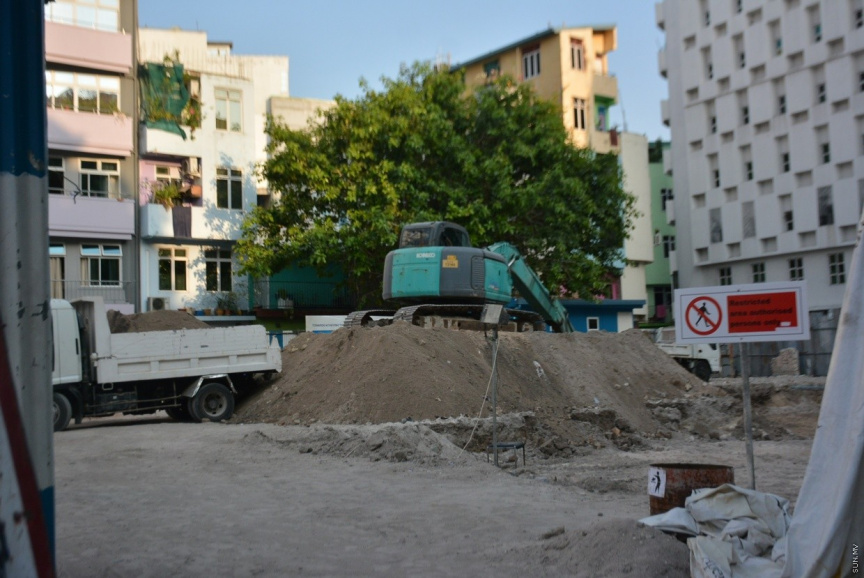 Maldivian government has made the decision to give India’s Tata the plots of land in Male’ City where the Odeon Cinema and Naadhee stood, as well as an uninhabited island for resort development, as compensation for the decision to terminate an agreement with the company to build luxury apartments on the two plots of land.

State Minister for Planning Akram Kamaluddin told Sun on Monday morning that the settlement agreement will be signed this week.

Akram said that Tata will pay the government USD 9 million for the uninhabited island as part of the settlement agreement.

Under an agreement signed during former President Mohamed Nasheed’s administration, Tata built 280 social housing units in two plots of land in Male’ - Gaakoshi and Arabiyya, and were given the two plots - Odeon and Naadhee - in exchange, to build luxury commercial apartments. They were also given the uninhabited island of Lh. Lhosalafushi for resort development as part of the deal.

However, the agreement was terminated in 2017, during former President Abdulla Yameen Abdul Gayoom’s administration, citing failure to complete the social housing project as agreed.

Akram said the decision opened the state to loss.

“The previous administration, Muizzu [now Male’ City Mayor Dr. Mohamed Muizzu] and them, did that without rhyme or reason. We, the current administration, have been forced to pay compensation for multiple decisions they made,” he said.

Akram said that Tata had filed for termination following the termination of the agreement, seeking USD 200 million (MVR 3 billion) as compensation.

He said the Maldivian government was able to reach an out-of-court settlement with the company.

Akram blamed the former administration, namely Muizzu, who had served as Housing Minister, for opening the state to massive lawsuits due to decisions to terminate agreements, including the Noomadi agreement.

“Even in the Noomadi case, Muizzu did that and then went and testified against the state. And then the state had to make a massive settlement,” he said.

Yameen’s administration too, had decided to compensate Tata with 10,000 square feet from the plot where Male’ waste collection point was previously located, the Naadhee plot, and uninhabited island, and had submitted the decision for legal counsel from the Attorney General’s Office.