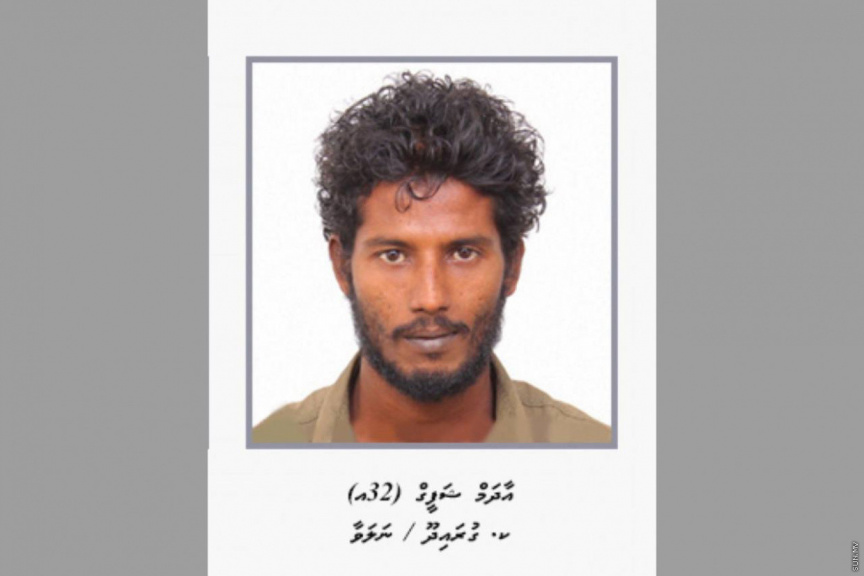 'Alama 5’ - which sank four nautical miles outside the Fussaru Falhu in V. Atoll, as it travelled with two more crew members from off the coast of F. Feeali to Male’ City on Monday night.

Debris from the boat was found one nautical mile to the north of F. Atoll on January 5, and the next day, two crew members were rescued. They were found floating with the aid of containers from the boat. One of them still had their phone on, and calls were able to go through the moment they came within an area of phone coverage.

They were found outside ADh. Dhangethi, and one of them as been identified as Assadul Islam, 37, while the other remains unnamed.

According to those Shafeeg's family, he instructed the crew to jump overboard when the boat began taking in water. And that he too jumped overboard with the crew.

Although he too was hanging on to the containers initially, he  saw the lights from an island in the darkness of the night, and swam towards the light, and was not seen since then.

MNDF stated that an area of 72,99.78 nautical miles were searched by air and sea for Shafeeg. Additionally, they noted that the latest teacnoligies were used in the search operation that was supported by the owner of the phone, island councils of the area, resorts, Police and flight operators in Maldives.

The operation has now been downgraded from an active search to a surface search, after seven days, said MNDF.

Teachers, students on vacation urged to hurry back home