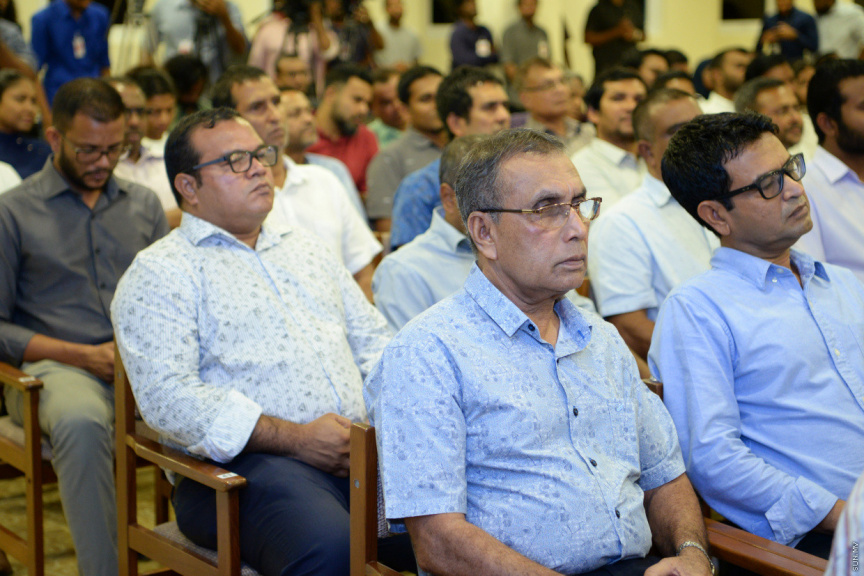 North Hithadhoo MP Mohamed Aslam (CL) and Vilufushi MP-elect Hassan Afeef (CR) pictured during an orientation program held for the incoming members of the Parliament on May 26, 2019. (Photo/Sun/Ahmed Awshan Ilyas)

Ruling party, Maldivian Democratic Party (MDP) is scheduled to hold its internal vote to select its candidate for Speaker of Parliament this Monday night.

There are two MDP candidates competing for the position of Speaker of Parliament; Vilufushi MP-elect Hassan Afeef and North Hithadhoo MP Mohamed Aslam.

A source from within MDP reports the party’s parliamentary group will convene for the vote to select its candidate for Speaker and Deputy Speaker inside Dharubaaruge at 9:30 pm this Monday.

Members of MDP’s parliamentary group have already been sent invites for the meeting.