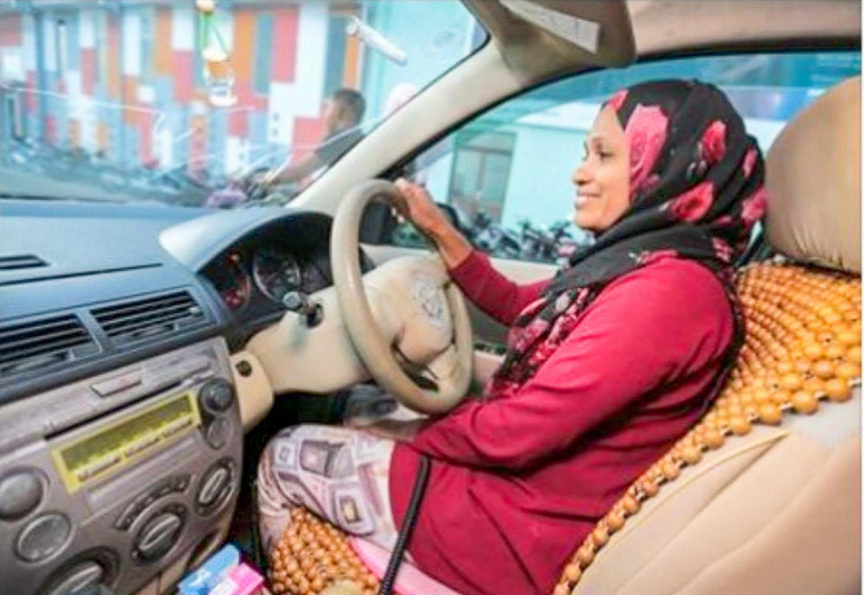 Maldives Police Service has launched a domestic violence case against the former spouse of the one and only female taxi driver in Maldives.

MPS confirms it has received report of driver Aminath Waheed (Ainthu)’s taxi being forcefully stopped by a man who proceeded to cause massive damages to the vehicle.

The man has been identified by MPS as her former spouse – who is under investigation for domestic violence for his actions.

Multiple eye witnesses report that Ainthu was driving her taxi near the swimming tack in Male’ City when it was stopped by a man at approximately 10:10 pm. The man proceeded to verbally harass Ainthu, and forcefully opened the bonnet of the taxi and damaged the engine of the taxi.

Photographs of the taxi show massive damages to the vehicle.

25-year-old stabbed by a group of fellow migrants