25-year-old stabbed by a group of fellow migrants 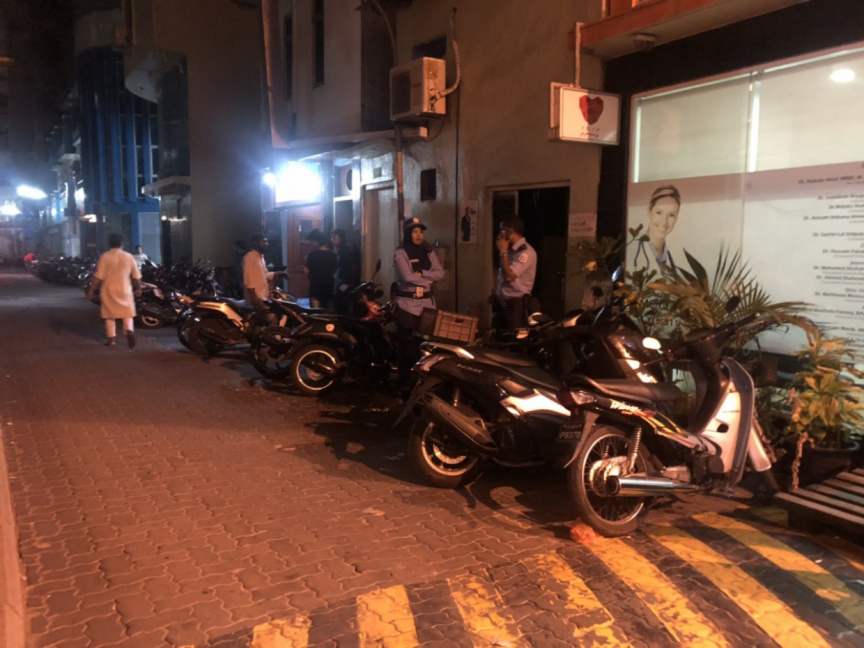 Location of the stabbing in the Maafannu district of Male' City on April 26, 2019. (Photo/Sun)

Maldives Police Service says the assault was reported to the agency at 10:27 pm on Friday.

Indhira Gandhi Memorial Hospital (IGMH) reports the victim, identified as a 25-year-old male, and one of the expatriates who carried out the assault was brought into the hospital for treatment at approximately 11:30 pm.

The 25-year-old is being treated for stab wounds, says IGMH.

An eyewitness reported the assault took place at a guesthouse frequented by expatriate workers for meals located at the crossroads of Dhunburi Mosque.

The eyewitness said the 25-year-old man, after he was stabbed, had run out of the guesthouse and collapsed near Salsa Royal Café.

He said the man had multiple stab wounds, including one to his throat, chest and back.

One of the attackers had attempted to flee the police by climbing to the third floor of a nearby residence from where he jumped, but was arrested by officers at the ground.

Maldives Police Service confirms it has taken a Bangladeshi citizen under custody in connection with the case. He was arrested on the run from near AMDC, says the agency.

301 parliamentary candidates at risk of imprisonment