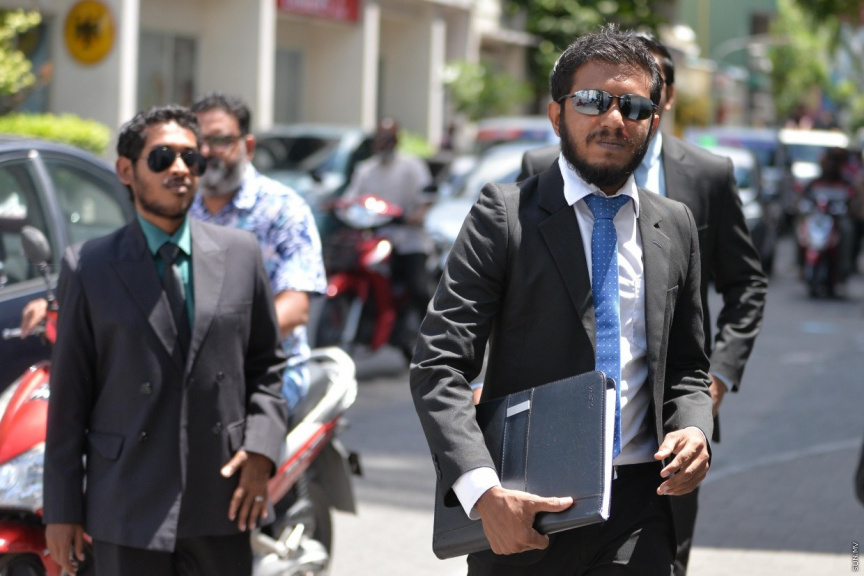 Supreme Court has sent summons to attorney and MP-elect of Fonadhoo, Moosa Siraj for questioning by Department of Judicial Administration (DJA).

Siraj has been asked to present himself to the DJA at 3 pm this Thursday. The summons reads that it is for a purpose of the Supreme Court.

The summons follows a tweet Siraj made on Tuesday, April 23 in which said the current Maldivian judges – especially the “corrupt judges at Supreme Court” needed to be removed from power in order to reform the judiciary.

In a tweet this Thursday morning announcing he has been summoned for questioning, Siraj wrote that he remained firm on his stance that judicial reform required the current Maldivian judges to be removed from power.

“I have been sent summons by SC for 15:00 today. I will not abandon my stance that the courthouses cannot be reformed unless the judges are removed from power, even if I am summoned by SC two times a day. And I will not stop this campaign to establish a fair court system,” tweeted Siraj.

Former Attorney General and current Chair of Commission for Investigation of Murders and Enforced Disappearances, Husnu Al Suood has also been questioned DJA regarding his call for the Supreme Court judges to be removed from power over lack of confidence in their integrity.

Suood is currently under investigation for contempt of court.