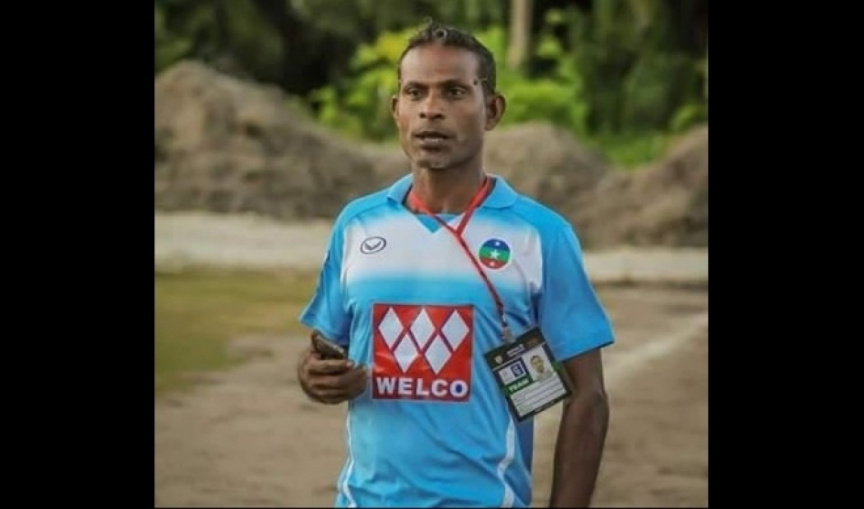 Ibrahim Shah: Criminal Court cleared him of charges over his wife's death on March 21, 2019. (File Photo)

Prosecutor General’s Office has filed an appeal with the High Court over the Criminal Court’s recent ruling which found Ibrahim Shah from G. Dh. Thinadhoo cleared of all four charges in connection to the fatal sexual assault on his wife in 2015.

Ziyadha Naeem from G. Dh. Thinadhoo passed away under treatment for sexual assault at the Indhira Gandhi Memorial Hospital (IGMH) on December 28, 2015.

Her estranged husband, Shah was arrested and charged over her death in August, 2016.

The State had pressed four charges against Shah over her death:

Criminal Court judge Ibrahim Ali cleared Shah of all four charges in a ruling on March 21.

Prosecutor General’s Office issued a statement this Monday announcing it has appealed the Criminal Court’s ruling with the High Court.

Then-Head of the Serious and Organized Crime Department of Maldives Police Service, Superintendent of Police Abdulla Shatheeh reported at the time that medical reports proved Shah carried out a violent and consensual sexual and physical assault on Ziyadha.

They had been estranged at the time and living in two different residences.

Ziyadha sought medical treatment for domestic violence related injuries two times from the Dr. Abdul Samad Memorial Hospital in Thinadhoo and once from the Yeganegi Clinic prior to her death.

Charges against 11 for trafficking 61 kilos of heroin

PG: No legal basis for post-conviction bail in law

PG to appeal over secret testimony ruling of High Court