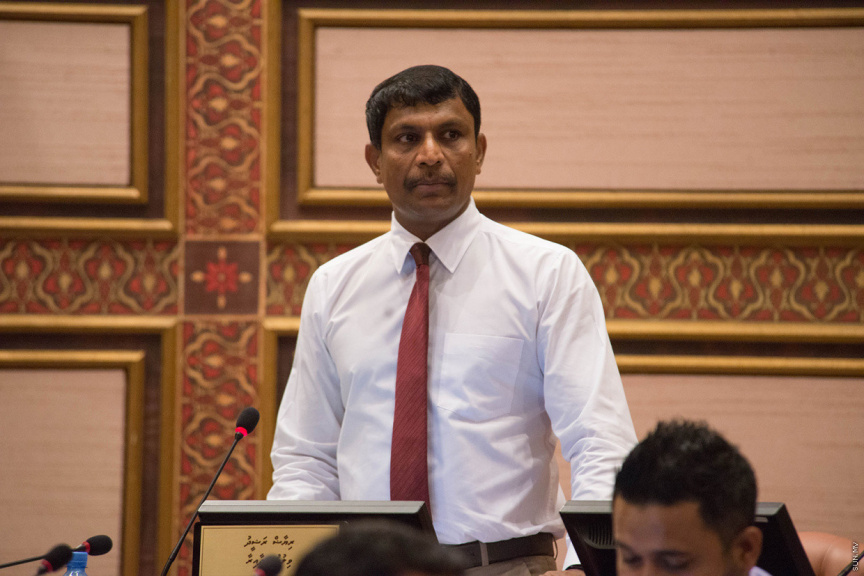 The Presidential Commissions Bill – designed to empower Commission for Investigation on Murders and Enforced Disappearances and the Commission on Corruption and Asset Recovery – is tabled for voting at the Parliament for the fourth time this Wednesday.

All previous attempts to pass the legislature failed due to lack of quorum.

Jumhoory Party (JP) is part of the government coalition.

But its lawmaker, Vilufushi MP Riyaz Rasheed, during the debate at the Parliament this Wednesday morning, said the legislature, submitted by the government, is unconstitutional.

“I have previously also said the Bill to empower [presidential commissions] has clauses which clash with the Constitution. And I say this again today. I have brought it to the attention of the Speaker the evaluation by Independent Institutions Committee wasn’t right, and that [the Bill] came here [to the Parliament floor] different from what was passed by the committee. Because I am a lawmaker from JP – which is part of this coalition – I refrained from saying this more freely. Because other lawmakers, too, are aware of this,” said Riyaz, who previously served as deputy leader of Progressive Party of Maldives (PPM)’s parliamentary group before defecting to JP.

“I therefore say that I believe this is unconstitutional. I am not the least opposed to cutting down this Bill to complement the Constitution,” said Riyaz.

Abdulla Riyaz, during a previous occasion, vowed he would endorse disciplinary measures against the lawmakers.

The legislature is also strongly objected to by opposition parties – Progressive Party of Maldives (PPM) and People’s National Congress (PNC).

They too argue the legislature is unconstitutional, and allege it is designed to arrest and detain opposition politicians ahead of the upcoming parliamentary elections.

President’s Spokesperson reported this Wednesday that President Ibrahim Mohamed Solih was deeply concerned by the delay in approving the legislature despite the government coalition enjoying majority at the Parliament.