President concerned over delay in approval to key legislature 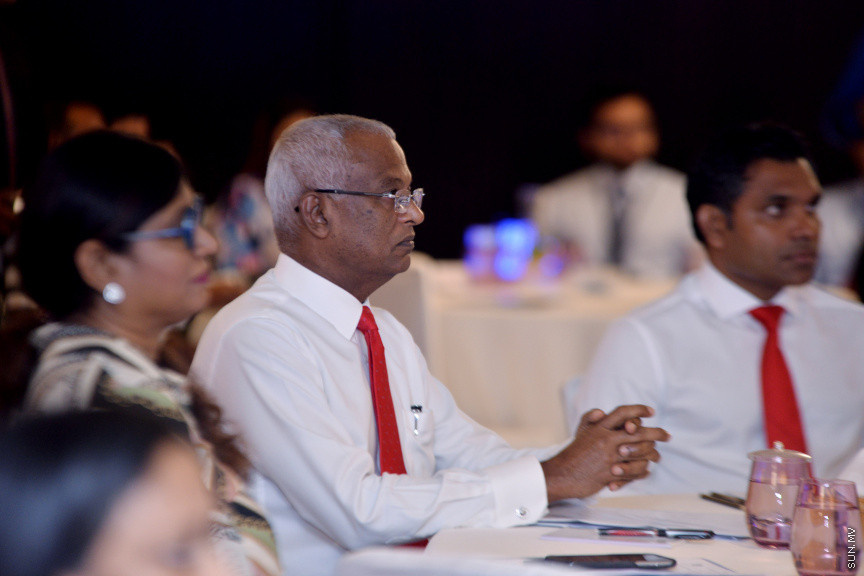 President Ibrahim Mohamed Solih at the opening ceremony of the National Dialogue on Promoting Peace and Security at Hotel Jen on February 26, 2019. (Sun Photo/Fayaz Moosa)

President Ibrahim Mohamed Solih is concerned over the delay in parliamentary approval to two key legislatures; the amendment to Pension Act to allow utilization of pension funds to finance Hajj pilgrimage and sunset law to empower two presidential commissions, says the President’s Spokesperson.

Pension Bill and Presidential Commissions Bill – submitted by main ruling party Maldivian Democratic Party (MDP) - was tabled for a parliamentary vote three times. The Parliament failed to take the vote each time due to lack of quorum.

“The failure, despite of the government majority, is deeply concerning. The President, during the Cabinet meeting yesterday [Tuesday] urged ministers to work on expediting it,” said Hood.

The Parliament is scheduled to take a vote on the two legislatures again this Wednesday afternoon. Voting last Tuesday failed to proceed with the Parliament 11 lawmakers short of the quorum.

Voting on legislature enforced on the general population requires a quorum of two-thirds of the Parliament.

The current Parliament is made up of 85 lawmakers. 43 lawmakers need to be present in order for the voting to take place.

The sunset law to empower Commission for Investigation on Murders and Enforced Disappearances and the Commission on Corruption and Asset Recovery is objected to by opposition parties – Progressive Party of Maldives (PPM) and People’s National Congress (PNC) – who allege it is unconstitutional.

They allege the government is attempting to expedite the legislature in order to arrest and detain opposition politicians ahead of the upcoming parliamentary elections.

President returns to Male’ after tour of HDh. Atoll