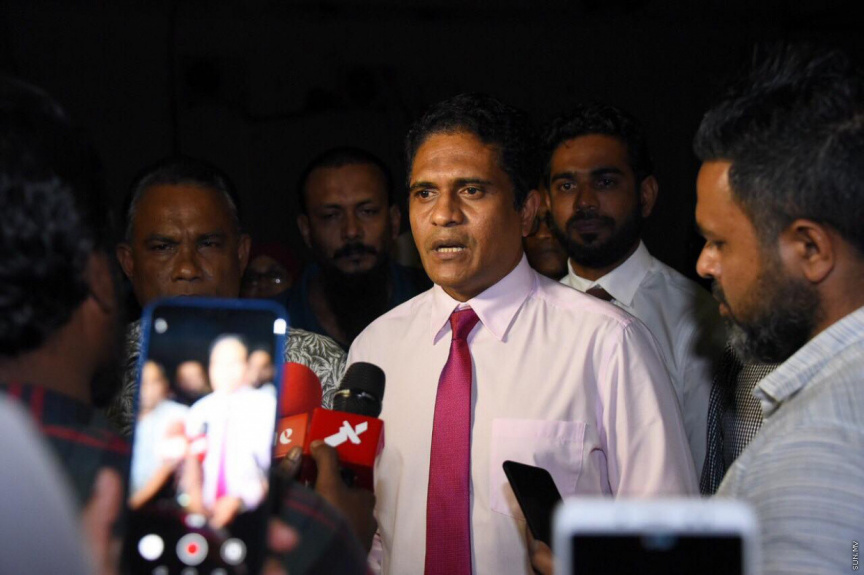 Nihan made the appeal while speaking to press outside Maldives Police Service headquarters last Friday night, where he was summoned for a statement by investigators regarding the allegation of obstruction of law enforcement against him.

Exiting the MPS headquarters after nearly three hours inside, Nihan reported to the press outside that the PPM and PNC alliance was committed to cooperating with the police.

He said the country, however, needed to put an end to the practice of political persecutions following each government change.

“I believe, this country needs to end to these acts of persecutions conducted outside standard procedure using the Maldives Police Service against political leaders following each government change,” said Nihan.

He said that the MPS needed to uphold its integrity for the sake of the future of the country and stop political persecutions.

Nihan said he will not bow down to any form of political persecution.

MPS launched an investigation into Nihan after he was seen on video placing a brick behind one of the wheels of a police vehicle during a demonstration by PPM and PNC at the Alimas Carnival in Male’ City on February 20.

Nihan maintains he had no malicious intent behind his action, but that he placed the brick behind the tire “to assist the police so no one is harmed if the vehicle backs up, even accidently.”